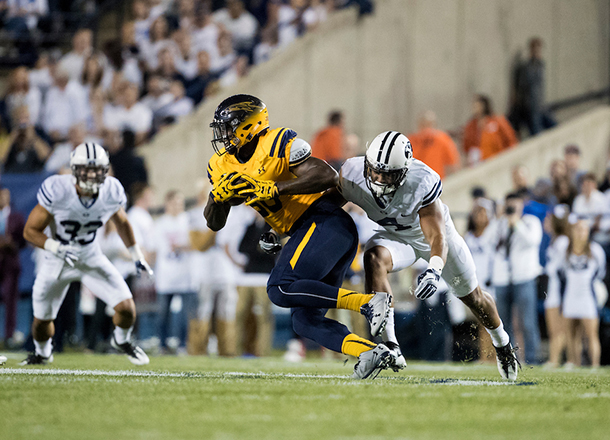 The AdvoCare Texas Kickoff game between BYU and LSU has been relocated to Mercedes-Bendz Superdome in New Orleans, Louisiana on Saturday, Sept. 2 at 9:30 p.m. ET.

While the game was original scheduled for NRG Stadium in Houston, Texas, the game was moved after the devastating impact of Hurricane Harvey hit Texas over the weekend.

BYU coaches have expressed condolences to those affected by Hurricane Harvey, a tropical storm that currently has a death toll of eight, according to The Guardian.

“The main concern for our team is the people in Houston,” said Kalani Sitake, BYU head football coach, in a post-practice interview Tuesday. “All you have to do is see all things happening there, so our concern is to hope that everyone is safe and that things can get taken care of down there. We are not really worried about the football game — people come first. A lot of our players and myself have friends and family in that area, so that is our main concern.”

“It’s sad to see,” said Tanner Jacobson, BYU defensive back. “I was just looking at a couple videos that my friend from Houston posted. It’s pouring, it’s flooding and I’m sure it’s hard for people to get food. Our thoughts and prayers are with the people of Houston right now. I’m hoping that they are staying ‘Texas tough.’ It’s definitely on our mind right now.”

On Sunday, BYU Athletic Director Tom Holmoe tweeted that BYU, LSU and ESPN were working together to figure out the best way to proceed with the game.

Cougs, Pray for the people of Houston who are suffering and scared. I trust you know we’ll study all the best options to work out the game. pic.twitter.com/FPqKDawSVO

Tickets to the game at Mercedes-Bendz Superdome are available to purchase here.