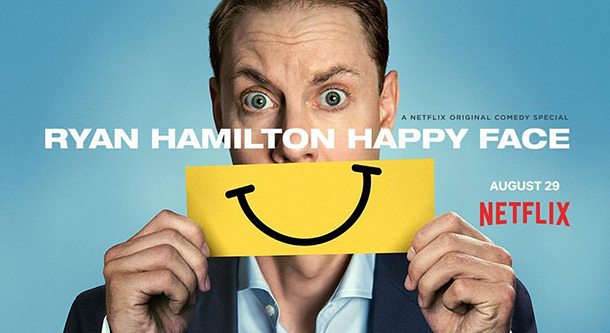 Here is a reason to smile — Ryan Hamilton’s show is available on Netflix today.

The BYU alumnus joins the line of stand-up comedians on Netflix with an hour-long routine called “Happy Face.” This new routine includes familiar jokes — like Hamilton’s inability to look anything but happy — and new material. And, in a world of comedians who bank on dirty jokes, Hamilton is known as a rare clean comedian.

Hamilton has appeared on multiple late-night shows including “Conan” and “The Late Show With Stephen Colbert.” He joins a lineup of popular comedians in Netflix’s series such as Aziz Ansari, Jeff Foxworthy, Tracy Morgan and more.

Watch a preview of Hamilton’s “Happy Face” below.