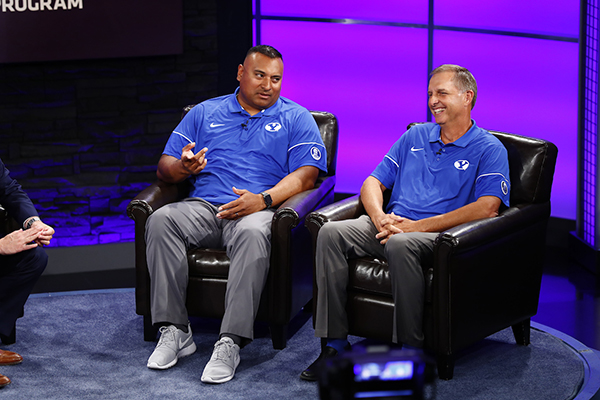 In case you took a break from the news as you enjoyed the last weekend of summer, here are some headlines to catch up on.

After a stunting 27-0 shutout against LSU, the BYU football team is looking to the offense to make some changes before they take on rival University of Utah this Saturday according to the Daily Herald.“I know I’m coming down hard on the offense but, man, let’s be honest,” Sitake said. “That was the issue. Ty (Detmer) knows that and our offensive players know that, so we will fix it.”

With just one month until members of The Church of Jesus Christ of Latter-day Saints gather for general conference, UtahValley360.com compiled a list of the most-referenced verses in general conference since President Thomas S. Monson became president of the LDS Church in April 2008.

Around 4 a.m. Tuesday morning, customers reported power outages in Saratoga Springs, Eagle Mountain and Western Lehi according to the Daily Herald. Stoplights are out in much of the area creating traffic delays. Rocky Mountain Power hopes to restore the power by 9 a.m.

On Friday evening, Renée Elise Goldsberry of “Hamilton” fame will perform at BYU according to The Salt Lake Tribune. Goldsberry won the 2016 Best Featured Actress in a Musical award for her portrayal of Angelica Schyuler. Tickets are available on the BYU Arts website.

President Dieter F. Uchtdorf, second counselor in the First Presidency, met with members in the areas affected by Hurricane Harvey over the weekend reported Mormon Newsroom.“Let’s go forward,” President Uchtdorf told the members in a sacrament meeting. “Go out there. Help them, serve them, whoever they are, and show them what this gospel is really all about. It’s a message of hope. It’s a message of kindness. It’s a message of reaching out to our fellowmen.”