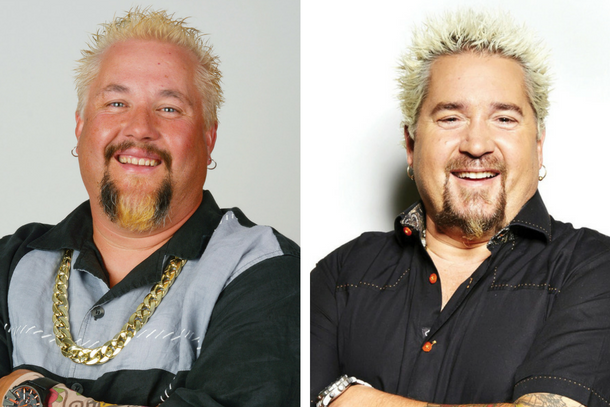 Daryl Petersen is a local real estate agent who is known for his resemblance to Guy Fieri. A few years ago, Daryl made a deal with one of his clients that he would bleach his hair and go full Guy Fieri mode for the annual client appreciation party if he could list the client’s home. The event was conveniently held close to Halloween so the over-the-top look doubled as Daryl’s Halloween costume.

“I looked at different wigs, but they didn’t look right so we just bleached my hair,” Daryl says.

Daryl is told he looks like Guy frequently, and one time a lady followed him around Walmart and made him take a photo with her in front of a Guy Fieri cookware display. His lookalike status also helped him win the Utah Central Association of Realtors costume contest.

Daryl’s favorite show is “Diners, Drive-Ins and Dives,” and he recently purchased a convertible, much like the one Guy drives on the show. The similarities don’t stop there. Daryl, who lives in Eagle Mountain, is a foodie just like his celebrity twin. He owns a food truck he uses for parties and is a big fan of his Traegar Grill. Daryl loves grilling for his wife, Jennifer, his three children and his adorable grandson.

Who is Guy Fieri?

Guy Fieri is a Food Network TV host, restaurateur and author. He is best known for television shows “Diners, Drive-Ins and Dives” and “Guy’s Grocery Games.” Guy’s cuisine is no-frills and full of flavors as bold as his wardrobe choices (flame-embellished bowling shirt anyone?). He co-owns three restaurants in California and is affiliated with restaurants in New York City and Las Vegas.