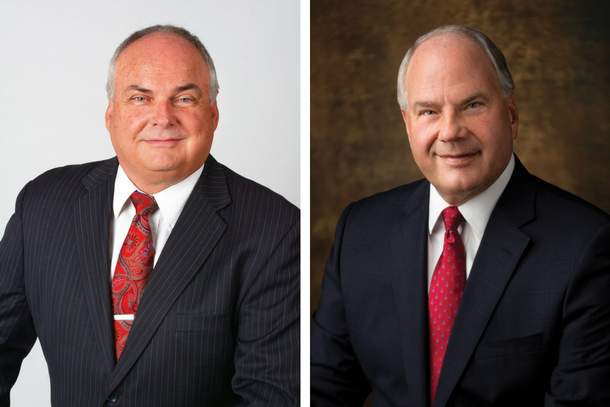 Local photographer Glen Ricks was first told he looks like Elder Ronald A. Rasband a couple years ago — but he actually met Elder Rasband more than 25 years ago when he photographed a wedding Elder Rasband officiated in the Salt Lake LDS Temple.

Glen was serving in an LDS Young Single Adult ward and was in charge of greeting students as they came into a stake meeting. Several commented that he looked like Elder Rasband, who had recently spoken in General Conference and was fresh on their minds.

While Elder Rasband served his mission back East, and was later called to be a mission president in New York, Glen’s LDS mission took him across the globe to Kobe, Japan. Another difference is that Elder Rasband has Glen by five years.

Glen grew up in Rexburg, Idaho, and came to Utah to attend BYU. After graduating with a business degree, he opened a portrait photography studio and has been behind the lens ever since. The Lindon resident and his wife, Valarie, have been married 33 years and have six children.

Who is Elder Ronald A. Rasband??

Elder Ronald A. Rasband is an apostle of the LDS Church. Before Elder Rasband began full-time church service, he was the CEO of Huntsman Chemical Corporation. The University of Utah attendee joined the company in 1976 as a sales representative. Elder Rasband and his wife, Melanie, have five children and 22 grandchildren.