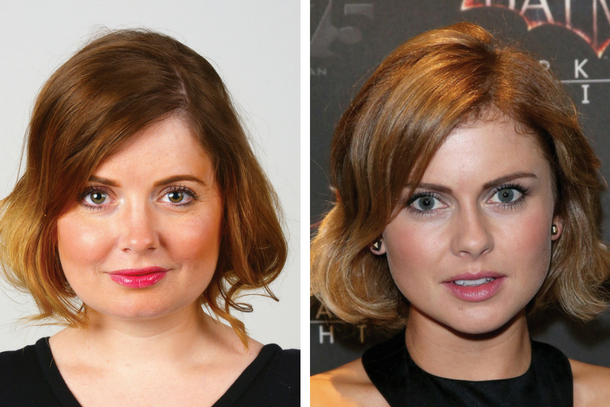 Shannen Camp is a huge fan of her celebrity twin sister, Rose McIver. Rose is a New Zealand actress who may be relatively unknown amongst mainstream media fans, but she is a cult favorite among fantasy film and fiction devotees.

Which is fitting because Shannen is a young adult fiction author with more than 13 published books to date.

In addition to writing, Shannen works in the local film community, and her biggest dream would be to have one of her books made into a movie.

The Lindon resident is also a huge video game lover and cosplay fan. When Shannen dressed up as Rose’s  character from iZombie for the Salt Lake City ComicCon convention, she had people coming up to her left and right asking for photos.

“There were so many girls who were excited to meet me, thinking I really was Rose,” Shannen says. “One of them looked like she was about to cry!”

Shannen grew up in Lancaster, California, and has been married to her husband, Josh, for seven years. After struggling with infertility, Shannen is over-the-moon excited to be expecting a baby this February.

Who is Rose McIver?

Rose McIver is a New Zealand-born actress known for her roles in fantasy television shows and movies. Her credits include “iZombie,” “Once Upon A Time,” “Power Rangers R. P. M.” and “The Lovely Bones.”