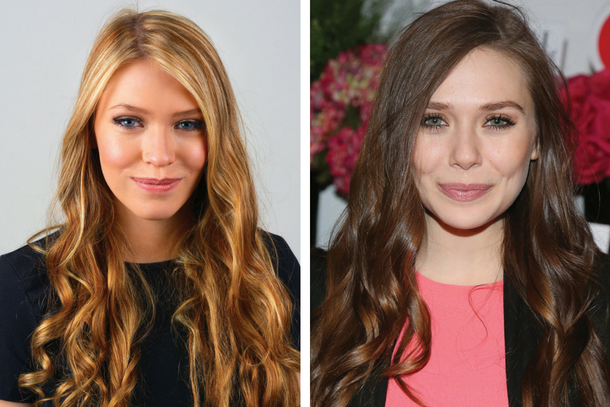 Elizabeth Olsen isn’t the first celebrity that Mapleton native Ali MaCall Jenkins has been compared to. In fact, Ali was a part of our magazine’s lookalike contest when she was just 2 years old. Back in 2004, Ali was frequently told she resembled Elizabeth Olsen’s twin sisters Mary-Kate and Ashley Olsen. Talk about keeping it in the family!

While Ali is only 16, she is often mistaken to be much older. Recently a talent scout visiting Utah invited Ali to audition to be a stand-in for Elizabeth who was filming “Wind River” in Park City at the time. Ali matched up with her celebrity twin closely except for one thing: her feet were one size bigger. Ali’s mom wasn’t a big fan of letting her daughter miss school for six weeks to take the job, so she didn’t end up doing it. But the she will always be flattered by the invitation.

Ali is a junior at the Utah County Academy of Sciences and loves movies, math, writing original piano songs and her dog Asher. Just like her celebrity counterpart, Ali isn’t afraid to change her hair color and has been a redhead, a brunette and a blonde.

Who is Elizabeth Olsen?

Elizabeth Olsen is an actress and sister to the famous child actresses Mary-Kate and Ashley Olsen. Elizabeth is known for her roles in films including ‘Martha Marcy May Marlene,” “Godzilla,” “Captain America: Civil War” and the “The Avengers” sequel.