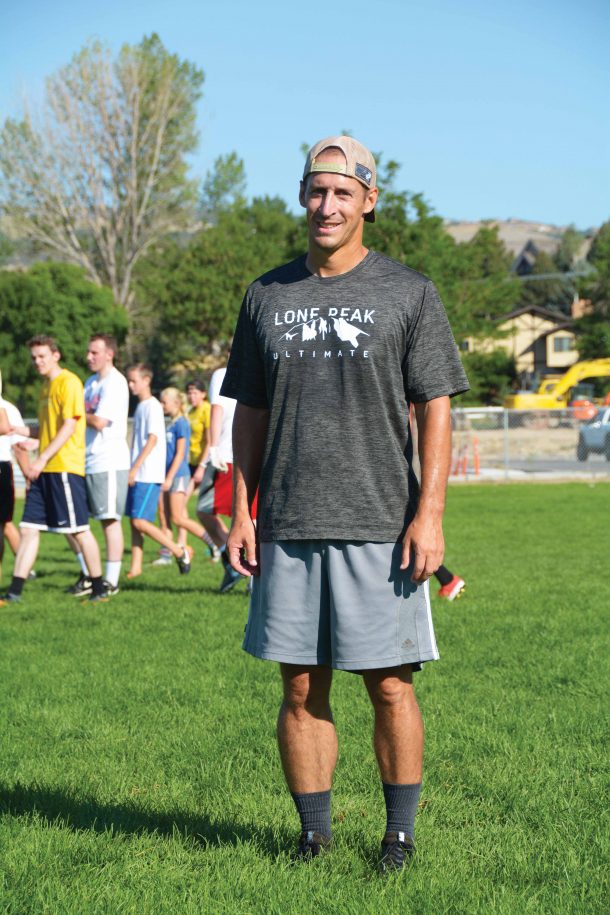 I teach math at Timberline Middle School. I was in charge of the high-level math kids who compete in the state math competition, and I wanted to make it a little more fun and not sound too nerdy by calling it “The Math Club.” I decided instead to call it “The Ultimate Math Group.” We would play math for half of the time and play Ultimate Frisbee for the second half. The kids loved it.

One of my students, David Warner, was thrilled about the idea of making an Ultimate Frisbee team for the city league. So he announced we would do tryouts. In February 2011, we had 35 kids come. Right from the start, the practices were pretty strenuous. They were fun, but we worked hard. After about two weeks,we were down to about 14 players and that group stuck with it.

At the time, the state of Utah had eight high school teams and all of them were pretty new and inexperienced. Our team had the good fortune of having athletic kids. We ended up winning all our games that first year and the state championship.

“I love my players. I don’t have kids, so I feel like they’re my kids.” — Dave Kroupa, Lone Peak Ultimate Frisbee coach

Our No. 1 measure of success is that we make everyone feel welcome and let everyone feel like they’re a part of something. Whether they’re the lowest or the highest on the team, they’re part of the family.

Our boys team is  ranked No. 10 nationally and our girls team is ranked No. 1 nationally. They don’t do rankings for middle school teams, but we haven’t lost any games in the past two years.

I love my players. I don’t have kids, so I feel like they’re my kids. We have great coach/player relationships and I’m close with them. I talk to them and get to know about their lives.

Hopefully they know if they make mistakes or do things wrong I don’t think any less of them. If they decide to not play ultimate, I still love them.

It’s all volunteer. I’m not paid. I’ve tried to make it as accessible as possible for as many as we can. I know in this area many of the families are wealthy, but there’s still plenty of kids among the ultimate family who don’t have as much money. I get a lot of sponsorships and donations every year so that helps cut costs down.

Our parents have been extremely supportive. They’re a huge part of this program being successful.