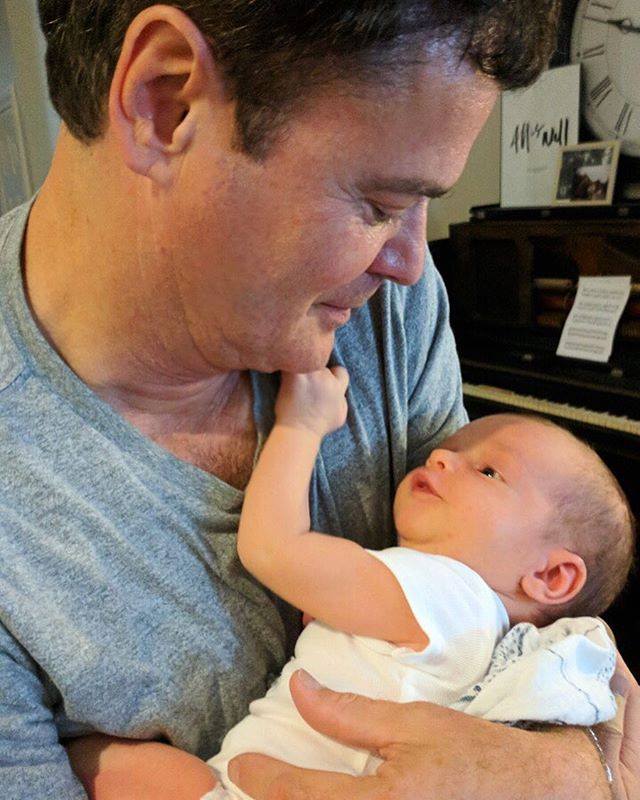 On Tuesday, Osmond posted a picture of him meeting his newest grandson, Willem River Osmond. His two newest grandchildren were born roughly a month apart. In August, Osmond announced the birth of his ninth grandchild, Peder Clark Osmond. The Osmonds have 10 grandchildren: nine boys and one girl.

Earlier this year, Osmond told ITV that he had two grandchildren on the way, which his children announced over the Christmas holiday. The singer has five sons — who all graduated from Timpview High School — with his wife Debbie.

Donny Osmond was on the cover of Utah Valley Magazine for the second time in May 2016. As part of the interview, he told us about his own celebrity encounters and why he stays living in Provo, Utah.

“We’ve chosen to separate Donny’s career from our family life,” said Debbie Osmond. “We didn’t want to raise our kids in Hollywood and be surrounded by the entertainment industry.”

Read Donny Osmond’s cover story here as well as take a look at the picture where we recreated Debbie and Donny’s first kiss here.