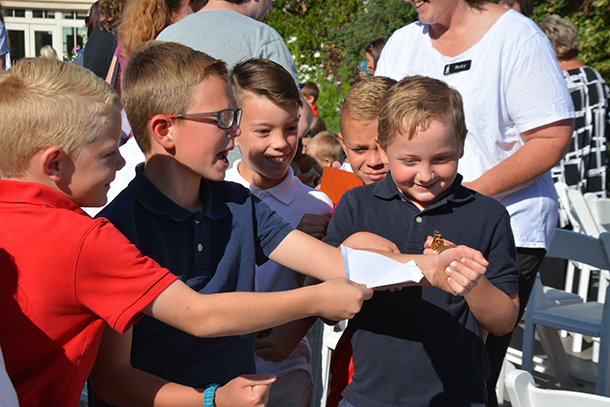 “Usually at the beginning of a new endeavor, and especially if there is a new building involved, there will be a groundbreaking,” Thanksgiving Point Co-Founder Karen Ashton said. … “Today we aren’t actually going to dig, we’re going to break the sky and let butterflies go all over the sky today to celebrate bringing beauty for ashes.”

The Butterfly Biosphere will cover more than 33,000 square feet, including renovated space in the former Emporium building as well as an expansion behind the building. It will be located north of the Thanksgiving Point Water Tower. Four major interactive displays will make up the Butterfly Biosphere: The Costa Rican Climber Play land, Butterfly Flight Zone, Discovery Room for hands-on learning, and Education Classrooms and Exhibits. 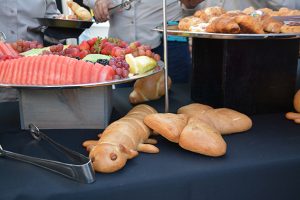 “One of the things I love about Thanksgiving Point is it’s a place of potential,” Washburn said. “Alan and Karen Ashton saw that potential a long time ago when there was little here in Lehi.”

Washburn also joked that butterflies were a “gateway insect,” which made them a perfect addition to Thanksgiving Point where learning is encouraged.

“She is the most incredible woman I have met in my entire life. And for me, thinking of her being a part of this and dedicating this to her (seemed right), so I told Mike I will.”

As part of the “skybreaking” ceremony, third grade students from Wasatch Peak Academy were invited to release butterflies into the air. When the students were in first grade, they drew and suggested ideas for the Butterfly Biosphere that Washburn said matched a lot of the plans of the professionals.