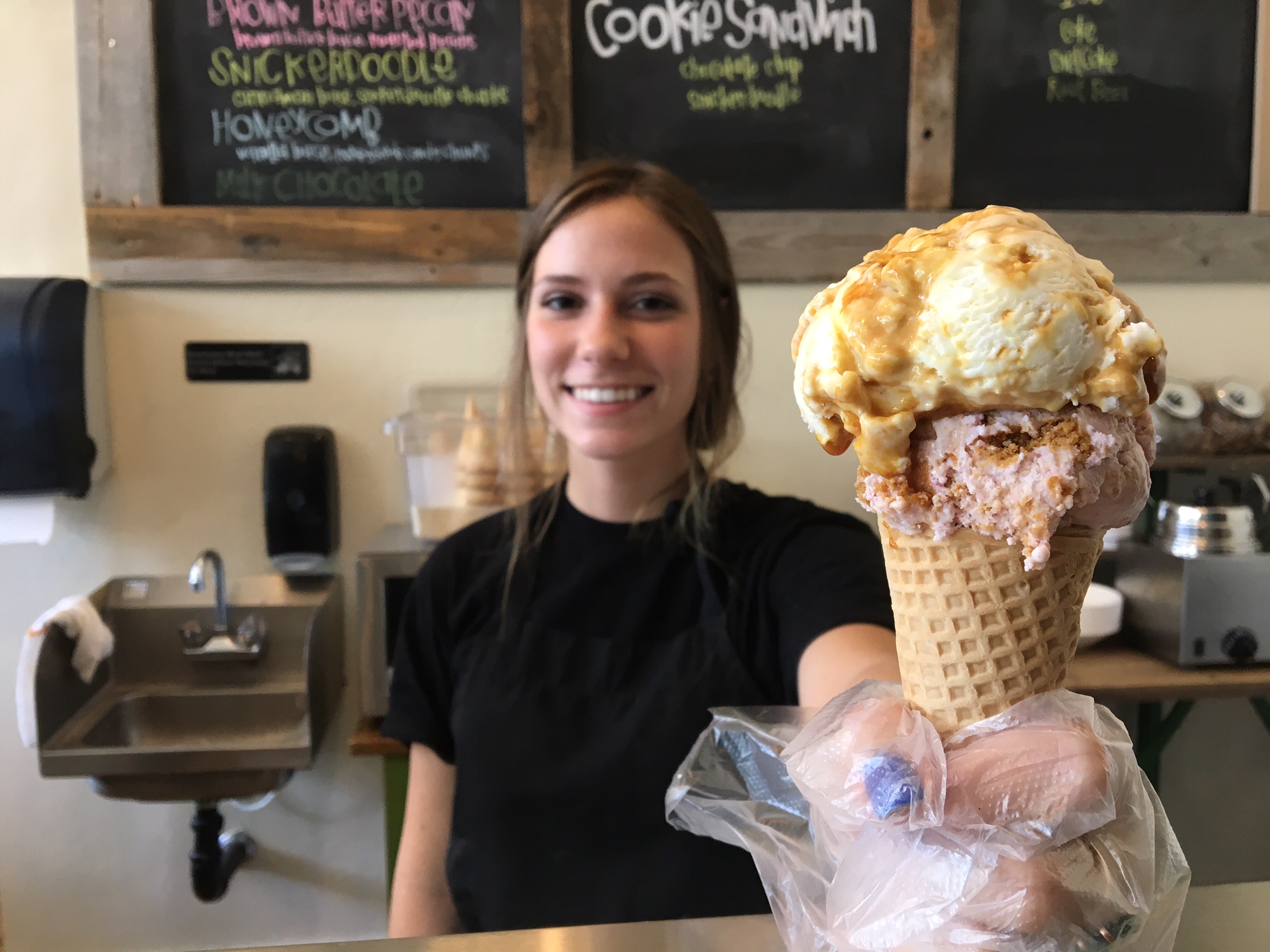 What does it take to make the perfect ice cream? Fresh ingredients, heavy cream—and a dash of creativity have been the recipe for success at Rockwell Ice Cream Co. in Provo.

Justin Williams opened Rockwell in November 2015 after two years of perfecting his craft after work. The scoop shop has skyrocketed to local staple status in less than two years with standout flavors like Muddy Buddy, Honeycomb and Black Raspberry Oreo, which Williams said is one of his best.

“I don’t feel like often times I’m proud of myself, but that’s one of the ones where I was like, dang, good job, son,” he said.

How does Williams develop a steady supply of fresh, inventive flavors? He said it begins with looking at what’s fresh and local.

Every flavor at Rockwell’s is made from scratch with premium ingredients, and Williams said that means finding the best sources close to home. Apples and pears from orchards in Orem and Provo, grapes from vineyards in Highland and Alpine — whatever’s in season is fair game, from fruits to the occasional vegetable or edible flower.

Once the star ingredients are chosen, Williams looks at how that ingredient could translate into ice cream flavors. He usually creates at least two or three flavors from each seasonal ingredient. 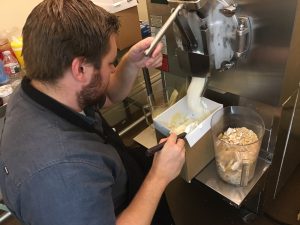 Next, it’s time to choose a base for each flavor idea. The possibilities, according to Williams, are nearly endless.

“Anything you can incorporate and mix with milk can become a base,” he said.

That means that fruits can become base flavors or mix-ins. Swapping out staple ingredients changes the taste, like sweetening with brown sugar or molasses instead of the usual granulated sugar, or using dark chocolate instead of milk chocolate.

Once the base is set, it’s mix-in time. Williams has the ratio of swirls, ribbons, and chunks of goodies to add down to an art. Sitting at a massive metal ice cream machine, he manually folds the various add-ins throughout the ice cream base by hand.

A variety of cooking methods for fruits can make all the difference when pairing flavors. Roasted, pureed, cooked on the stovetop, blended, mixed in fresh — each method yields a different nuance and texture that can make or break a flavor.

Sometimes Williams hits a grand slam with less conventional pairings like lemon, blueberry, white chocolate and thyme. Other times it’s a miss, like getting pineapple, mint and habanero peppers to mingle without being a tongue-scorcher.

Once the batches are frozen and finished, they go before consumers for judgment. Williams said he tends to make 95 percent of his flavors based on combinations he knows will sell well — usually sweeter flavors sell best.

The other five percent of the time Williams gets creative and plays with more artisanal, offbeat combinations like Sweet Ash (sweet cream mixed with coconut ash) or Candy Cap Mushroom (most customers couldn’t get over the idea of mushrooms in ice cream despite the maple syrup-like flavor, he said).

Whether he’s making a crowd-pleaser or an esoteric original, Williams said he loves exploring his lifelong passion for ice cream.

Celebrate good times this weekend with a scoop of Christa’s Crispie Crunch, a flavor the author developed with Rockwell Ice Cream Co. for her business, Christa’s Chocolates. Be sure to say hi if you come by Friday night during a meet-and-greet from 6 p.m.–9 p.m.