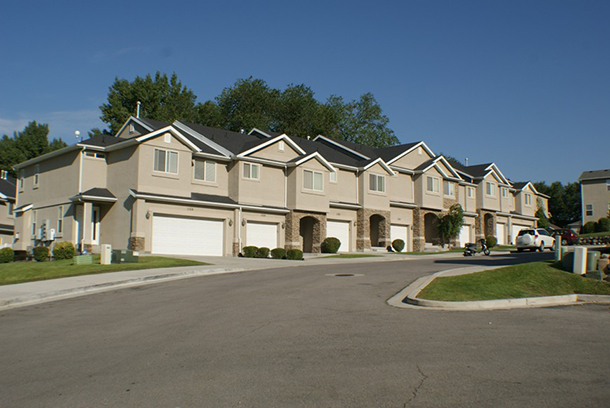 Provo’s council likely will decide Oct. 3 whether to require landlords to have written rental contracts with tenants that include an attachment about legal occupancy limits.

Though the item is now planned for the next meeting, the council still could postpone a decision like it did on Tuesday night. There will be an open house on the issue Wednesday, Sept. 20, from 6-8 p.m. at the Provo Recreation Center. And Councilman David Harding would like to host an additional town hall discussion on the topic on Oct. 10, if the council hasn’t made a decision by then.

The city’s zoning committee recommends the council pass the ordinance as a new way to enforce zoning laws. Under the proposed ordinance, the city would require landlords to have written contracts with all tenants in order to get a rental dwelling license, which is already required by the city. And each contract would have an attachment outlining the legal occupancy limits — no more than three unrelated people living together, except in some areas near BYU. If the landlord or tenant violated the occupancy limit, they could be charged with a class B misdemeanor. It’s already a crime to rent a property without a license in the city.

Assistant city attorney Marcus Draper said when the city finds a violation, it gives the landlord and tenants time to come into compliance. And if they ultimately refuse to comply, the city will file criminal charges. But he’s never seen a judge send anyone to jail — though it’s possible with a class B misdemeanor. Usually they make a plea in abeyance, which means the court clears it from their record after a certain time period of following the law, and fined $250.

The zoning committee recommended the proposal as a way to combat over-occupancy in parts of the city. Some say over-occupancy — especially in the southeast part of the city — has caused inflated housing prices, parking issues, declines in school enrollment and wards without children. But many single people, mostly young single professionals, say the law is targeting them — attempting to force them out of areas that were once single-family neighborhoods.

On Tuesday night, the council heard from people on both sides of the issue during a public hearing.

“This is talking about criminalizing entering into a non-written rental agreement,” said Isaac Paxman. … “It disincentives getting a license. I hate when things punish the conscientious.” He suggested instead instituting higher civil fines for violating occupancy laws.

“This is talking about criminalizing entering into a non-written rental agreement. It disincentives getting a license. I hate when things punish the conscientious.” — Isaac Paxman

Hannah Peterson, vice chairwoman of the Provost neighborhood, said there’s a big problem with people not knowing the zoning laws. And landlords have a monetary incentive to rent without a license and not respond to zoning officers when there’s a complaint of over-occupancy. “We don’t have zoning laws that are efficient for enforcement.”

She said she’s not against single people living in her area. But she wants a balanced neighborhood.

Neil Wagstaff, who’s been a Provo landlord for several decades, said the city is asking him to enforce something that he can’t. He can’t legally enter a rental property without the tenant’s permission. So even if he’s got written contracts, when there’s a complaint he can’t find out who actually lives there without the tenant giving him the OK.

“You’re criminalizing something I can’t control,” he said.

In this case, his only option is eviction, and that takes months and money.

Bryce Bunting, who lives in the Provost neighborhood, said he’s in favor of the ordinance because he wants zoning ordinances enforced. And he’s worried about his neighborhood school. In 2005, 70 percent of kids who started kindergarten at Provost Elementary finished sixth grade there. In 2017, that number was down to 40 percent.

But Rebecca Hardie, who also is a vice chairwoman in the Provost neighborhood, said single people living in the area aren’t the only cause of the enrollment change at the school. She wondered if nearby charter schools and other alternatives to a traditional public school are to blame. Instead of looking at all the issues, people are blaming single professionals for not only declining enrollment, but also crime and changes in religious congregations.

“The way we’ve been treated is not right,” she said.

Laura Smith, another Provost resident, agrees. “I’ve never been in a more unwelcoming place in my life.” She said the noisiest people in her neighborhood are the people with families, and they’re also the people blocking her driveway.

“This is not how communities are built. They do not report on one another; they work together.” — Laura Smith, Provost resident

She lives alone with her cat, but someone reported her for over-occupancy. “This is not how communities are built,” she said. “They do not report on one another; they work together.”

Elizabeth Riggs, who said she wouldn’t be impacted by the proposal, wanted to see data and evidence for the proposal. People say families are being priced out of the area. And investors are packing houses with up to eight tenants in a four bedroom house. She doesn’t think that’s happening. She also said that housing prices in Provo have been on the same curve as neighboring cities.

There are other issues on which the city could focus, rather than this proposal, to solve problems. “I don’t think Provo should go in this direction,” said Sarah Asay, chairwoman of the Carterville neighborhood. Instead, the city could focus on the 500 illegal Air BnBs in the city, or the parking problems.

Melanie McCoard agreed that this proposal wouldn’t solve all the problems, but it closes a loophole. There are others the city should enact as well. Those include parking permit programs and revoking business licenses of property management companies that don’t follow the law.