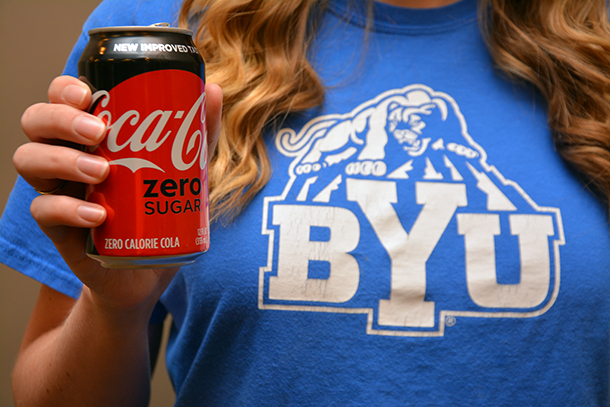 The school announced this morning that effective immediately, you can now get caffeinated sodas on campus.

“They are being stocked in our vending machines right now,” said BYU spokeswoman Carri Jenkins. They’ll also be available in the dining halls, Cougar Eat, the BYU Creamery, BYU stores and all athletic venues — so no more need to smuggle your caffeinated soft drinks into sporting events.

What won’t be available is Dr. Pepper, because the school exclusively sells Coca-Cola products. And no caffeinated energy drinks or iced tea.

[pullquote]Caffeinated beverages will now be served on BYU’s campus at:

The news went out over social media early today, and within minutes the comments started piling up on Facebook. Most commenters were ecstatic about the news, but others questioned whether the school was encouraging students to break the Word of Wisdom. Jenkins said the school’s Dining Services website spells out nutritional information, and BYU encourages students to go there and make wise decisions.

In 2012, the LDS Church issued a statement clarifying that the Word of Wisdom doesn’t mention caffeine. It does mention hot drinks, which means tea and coffee.