Home BusinessQ Magazine A lifetime of achievement: David Bradford’s stock is at an all-time high with BusinessQ’s top honor

A lifetime of achievement: David Bradford’s stock is at an all-time high with BusinessQ’s top honor 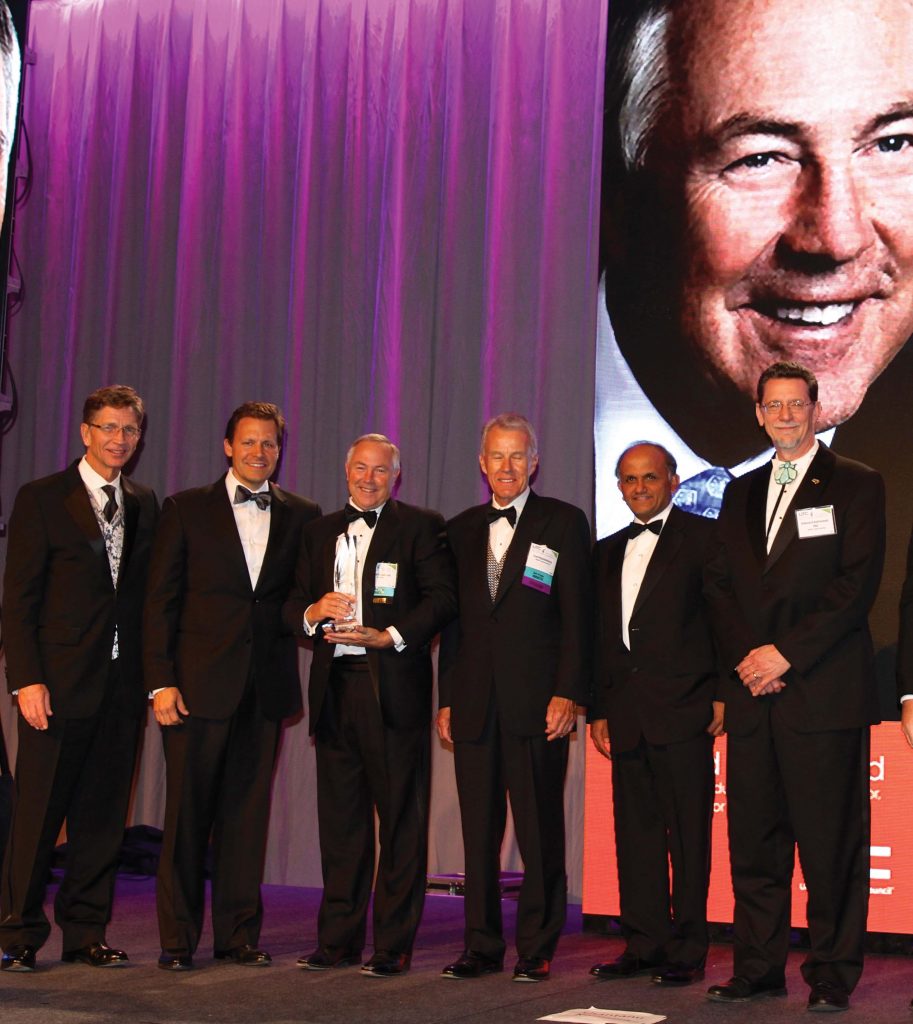 David Bradford was inducted into Utah Technology Hall of Fame in 2013.

With an investor role in many of the companies featured in BusinessQ the past 15 years and a nickname of “the Human Internet,” David Bradford’s robust LinkedIn profile is about to get one more accolade: BusinessQ’s Lifetime Achievement Award for 2017.

Although his life has been the ultimate resume builder, he says the most common theme in his career has simply been “showing up.”

“It has been pervasive in my life,” he says. “The great moments are the small things that have happened just because I was there and I was curious.”

Another trait he has taken to the bank — and to the New York Stock Exchange, where he has taken numerous companies public — is lack of fear.

“I suppose one of the reasons for my limited success is that I’ve never felt like there was a barrier in front of me,” he says. “Someone has got to do this — for example, someone has got to digitize language learning, so why not us? Like Babe Ruth is attributed as saying, ’Never let the fear of striking out keep you from playing the game.’”

Now Bradford’s daily routine is a continual “bucket challenge” between these four: family, church, FluentWorlds, and advisory role to numerous companies and entrepreneurs. 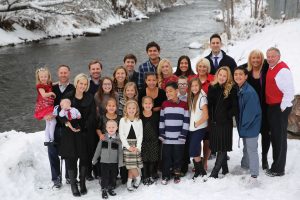 David and Linda Bradford have four children and 17 grandchildren.

Bradford’s boyhood years were spent in Red Lodge, Montana, where he was one of seven children and slept in the basement that required him to get up in the night to stoke the coal.

“We always smelled of smoke in school,” he remembers. While his father struggled with addictions, his mother lived with positivity and continues to influence Bradford on a daily basis as she lives a full and grateful life in her 90s.

Now with 17 grandkids of his own, Bradford spends much of his time at games, recitals and school functions for his four children and their children.

Bradford literally wrote the book on networking: “Up Your Game: Six Timeless Principles for Networking Your Way to the Top,” which was released in 2014. He has generously shared his tips at BYU orientation events, Women’s Tech conferences, and countless business and campus settings.

“Some people have told me that they are too shy to network like David Bradford, but all it takes is to be curious. Know a few questions you can ask others, and you will build relationships everywhere you go,” he says. “The law of reciprocity sets in, and people want to connect with you.”

Bradford walked his talk one day in Sun Valley, which led to him hiring Steve Wozniak, co-founder of Apple. (No bigs).

“I first met Woz because I sat down by a young lady and asked her what brought her to the event — and that one simple question started the conversation where I found out she was Wozniak’s assistant,” Bradford says. “She asked me to stay after Woz’s speech to meet him. And that wouldn’t have happened if I hadn’t been curious and opened my mouth.”

(Bradford didn’t just shake hands with Woz — he hired him! Wozniak became the chief scientist for Fusion-io. Yippie i oh!)

Bradford’s curiosity and people skills date back to his childhood and his college days. Thirty years into his career, David ran into a “dorm father” from BYU who said he had been following Bradford’s business accolades.

“He told me he knew I’d ‘make it’ because I was the most curious person in the dorms,” Bradford says.

In addition to his Curious George qualities, Bradford is also linked to going “all in” with whatever entity is currently on his business card. At HireVue, for example, he raised more than $50 million and grew that company to be the No. 1 digital interviewing company in the world. He un-hired himself in 2015 to focus on FluentWorlds, which has his heart, his wife and his wisdom all wrapped up in one technological success-in-the-making. 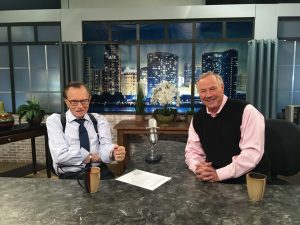 David Bradford has been interviewed by friend and neighbor Larry King.

How can I help?

While Bradford is known for helping with his pocketbook — and with his wisdom earned in multiple entrepreneurial ventures — he’s also known for helping the guy next door. He and his wife, Linda, are welfare specialists in their Provo Riverbottoms neighborhood, counseling those looking for jobs and educational pursuits.

He’s also helped from within the classroom, as he taught a course on entrepreneurism for two years at the University of Utah.

“A large percent of the time, I taught them digitally from here in my Provo home. Education in the virtual world is the ultimate green solution,” he says. “I absolutely loved being with the students.”

The night before this BusinessQ interview, Bradford received a message on LinkedIn from a local Vivint executive who has benefited from his signature mentorship.

“All I did was a little introduction here and there. It was truly his work ethic that kept opening the doors for him,” says Bradford, who may as well put “bellman” on his resume for all the doors he has held open for Utah Valley entrepreneurs. 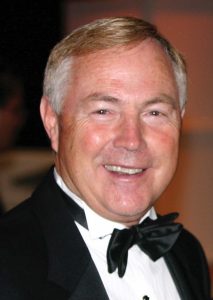 DAVID vs. GOAL-IATH
Age: 67
LDS: Mission France
Graduated from BYU Law School 1977
Early Bird: “From 6 to 7:30 a.m., I am doing social media and looking for positive quotes or ideas to share.”
Signature Trait: Competitive. “I like to win, whether it was against my siblings growing up or on the golf course now.”

Bradford’s thousands of social media followers see his regular photos and posts about his wife. They are hooked at the hip, the bank account and currently the brain as they are building FluentWorlds together.

“A study showed that 92 percent of students were engaged in a virtual classroom versus 46 percent in a physical classroom, where they might be distracted by classmates or other factors,” Bradford explains about the FluentWorlds solutions. “Students walk into our classroom like a character in a video game, and with a little anonymity, they are more willing to speak up and stay engaged while learning a language.”

The FluentWorlds app is the highest-rated language training app in the world — and it’s available in 14 source languages.

“In a way, I feel like I’m on a mission right now,” he says. “There are 38 passages about language in the Book of Mormon.”

No matter whether his mission is full time or fully digital, Bradford’s fingerprints will never retire from Utah Valley’s business community.

As the resident expert at building a net through networking, Bradford suggests that QUESTIONS are the key to finding answers. (Obvious? Yes. Easily done? Not a chance.)
Here are a few of his go-to questions to build relationships with potential colleagues.