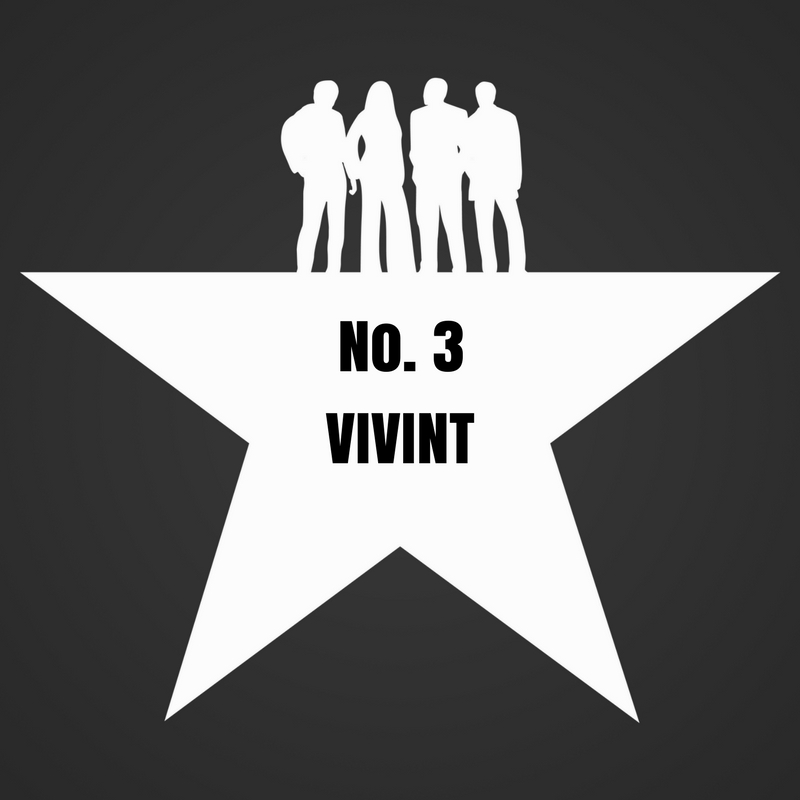 BLOWING US ALL AWAY: LET US COUNT THE WAYS

2. In 2017, Fast Company named Vivint one of the 50 most innovative companies in America.

3. It is the largest tech company in Utah.

4. The Provo company is serving more than one million customers worldwide.

5. In October 2014, it opened a Vivint Innovation Center that attracts cream of the crop hardware engineers and industrial designers to work in a collaborative environment and invent the technology of the future.

6. Vivint offers employees free lunch — both at its on-site cafeteria and with frequenting food trucks.

7. Vivint Gives Back. Constantly. Since its charitable foundation was founded in 2008, it has donated more than $9 million and more than 11,000 hours of service.

8. Its sister company, Vivint Solar, is dominating its industry and employing thousands.

9. Vivint Solar trades on the NYSE.

10. Vivint has been named a “best place to work” by multiple local and national publications, including Forbes.