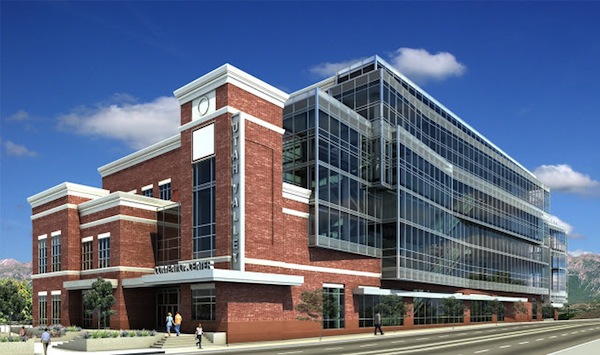 In a galaxy not so far away, two Utah Valley University students got engaged, the Salt Lake Tribune reported. Christopher Joly, 22, and Kimberlee Olsen, 24, were part of the crowd at Salt Lake Comic Con when Joly was grabbed by stormtroopers — a plan priorly arranged with Alpine Garrison/501st Legion, a “Star Wars” cosplay group. Instead of paying tribute to Darth Vader, Joly pulled an engagement ring out of his wallet and proposed in the middle of the Comic Con floor. Read more about the engagement at sltrib.com.

The Provo Municipal Council has appropriated funds to demolish the former RC Willey clearance center near downtown Provo and convert it into a temporary parking lot, according to the Daily Herald. This decision comes because Provo’s redevelopment department is required to provide parking for the Utah Valley Convention Center in downtown Provo. The temporary parking lot will include approximately 468 parking stalls. Read more here.

No Kill Utah Super Adoption — a group dedicated to preventing euthanizing in animal shelters — successfully placed 272 dogs and 135 cats in new homes on Friday and Saturday, according to the Deseret News. The group aims to have 90 percent of animals leave animal shelters in Utah alive; the 10 percent accounts for animals too sick for safe adoptions. Read more here.

The Church of Jesus Christ of Latter-day Saints began its 187th Semiannual General Conference on Saturday evening with the Women’s Session. Four speakers spoke during the hour and a half session at the Conference Center in Salt Lake City on topics ranging from self worth and uniting to help one another. Watch and listen to the talks here.