Lindsey Stirling survives first round elimination on ‘Dancing With the Stars’ 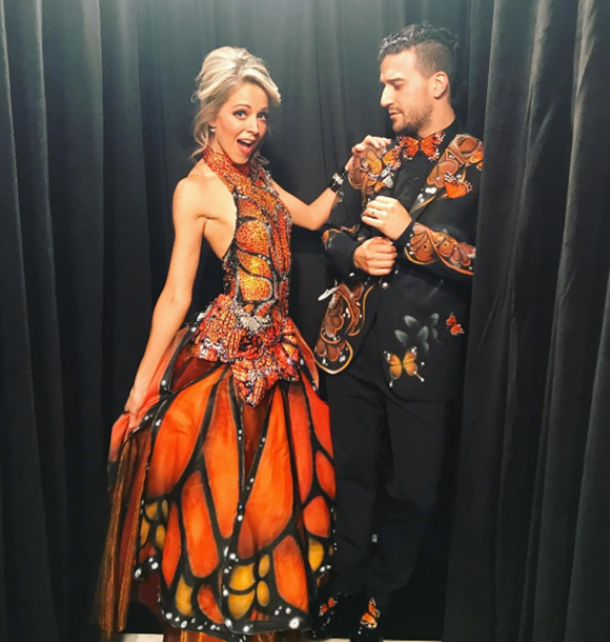 Lindsey Stirling survived the first round elimination on “Dancing With the Stars” as “Shark Tank” star Barbara Corcoran was the first star sent packing.

With her quickstep during ballroom week, Stirling and partner Mark Ballas fell from the top to the middle of the pack with a score of 21. Three couples topped the leaderboard with a score of 24: Victoria Arlen and Val Chmerkovskiy, Vanessa Lachey and Maksim Chmerkovskiy and Jordan Fisher and Lindsay Arnold.

The duo — which danced to “Swing​ ​Set” by Jurassic​ ​5 — created a transformative theme where they began as caterpillars and then emerged from their cocoon as monarch butterflies.

“I’m really excited that we’re doing something with this whole butterfly motif because I’ve always loved the symbolism,” Stirling said in the opening video.

“In my own past, I’ve struggled with depression and there was a time that I felt so ugly and so worthless. I remember thinking as I worked through therapy like I would rather stay a caterpillar than fight in this cocoon.”

While the judges all said they enjoyed the dance, they criticized Stirling for how she holds her head and moves her arms.

In 2015, Stirling received her degree in recreation management from BYU. A classically trained violinist from Gilbert, Arizona, Stirling earned her way to fame through her YouTube channel. The BYU graduate has a unique style of music that blends pop and violin — and it is all accomplished while she dances.

Another elimination round takes place Tuesday night at 8 p.m. MDT on ABC.