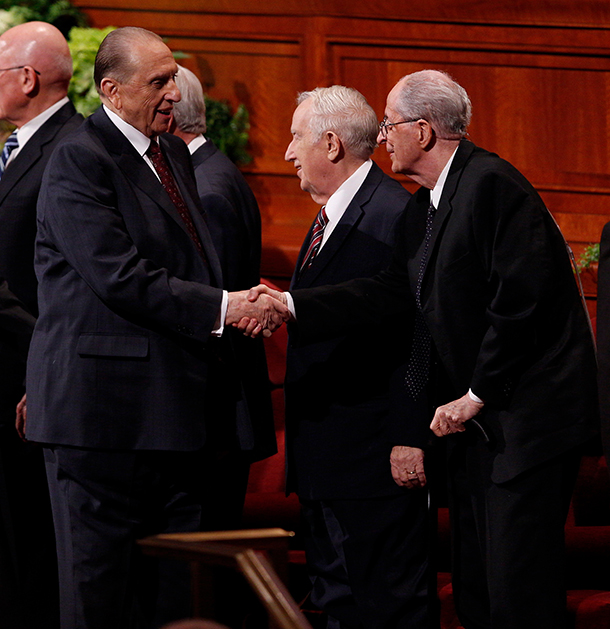 President Thomas S. Monson and Elder Robert D. Hales, a member of the Quorum of the Twelve Apostles, will not speak in general conference this weekend.

Deseret News reported that the LDS Church president wouldn’t be attending conference Thursday afternoon. The LDS Church explained why President Monson would not be speaking by pointing to its statement in May 2017:

“Because of limitations incident to his age, President Monson is no longer attending meetings at the Church offices on a regular basis. He communicates and confers with his counselors on matters as needed. President Monson is grateful that the work of the First Presidency and Quorum of the Twelve Apostles continues without interruption. He appreciates the prayers and support of Church members.”

Elder Hales was hospitalized, which will prevent him from attending conference.

“Elder Robet D. Hales was admitted to the hospital several days ago for treatment of pulmonary and other conditions,” said a statement released by the LDS Church. “To permit their continued medical attention to Elder Hales, his doctors have determined that he should not participate in the Church’s general conference this weekend.”

The 85-year-old apostle spoke in April General Conference. He has delivered his addresses from his chair since October 2011 after missing the April 2011 session for health reasons, as detailed in the Deseret News.