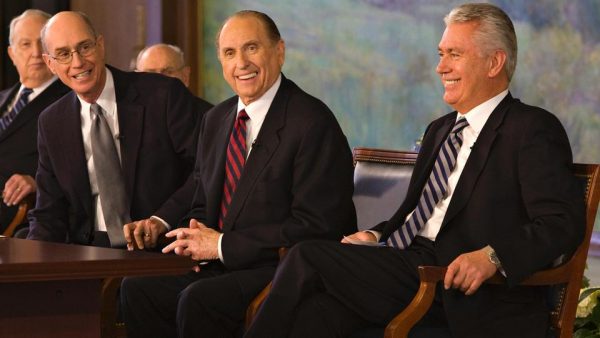 The 187th Semiannual General Conference is already in session. With 10 hours of inspiration, it’s hard to catch everything shared from the pulpit.

If you are looking for a way to interact with conference messages, the LDS Church encourages everyone to use the hashtag #LDSconf when sharing messages from conference on social media. These seven Twitter accounts will help uplift you social media feed during conference.

Starting with the obvious one, follow the LDS Church’s official account at @LDSchurch. The LDS Church is selective about what it tweets, but the quotes they share are some of the most powerful quotes from conference.

Literally follow the prophets online. Each of the apostles have varying levels of activity on their individual Twitter accounts, but many of them like to tweet after the conference session in which they speak.

For coverage of conference, go straight to the source — @mormonnewsroom. The LDS Church’s public affairs team shares press releases, pictures and other updates at mormonnewsroom.org.

This Twitter handle is owned and operated by LDS Church-owned newspaper the Deseret News. The Deseret News writes summaries of each talk.

Mormon Hub is part of a nonprofit organization, More Good Foundation, which aims to help members of the church share the gospel online by teaching the “hows” and the “whats.” Its Twitter feed is filled with lesser-known facts and memes.

Obviously we are biased about this one because Mormon Mix is the LDS section of our website. We tweet quotes, pictures shared by speakers at conference, little-known facts, news stories from conference, retweet funny gifs and more. Plus, we share one-sentence summaries of every conference talk. Follow @MormonMix here.

Which LDS Twitter accounts do you recommend following for conference? Tell us in the comments.