Get creative with your kids at new art center in Provo 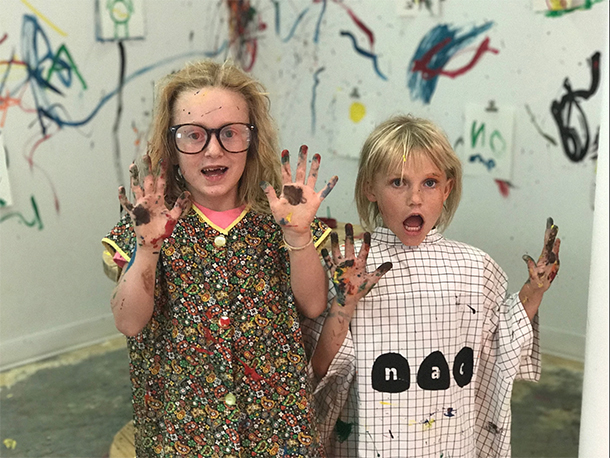 Whether your kids — or you — are interested in screen printing, painting, working with clay, weaving or another art, there’s space at the new Neighborhood Art Center at Provo Towne Centre.

The nonprofit center opened in August and Feltis said they’ve had a good response from the community. “People have been really positive.”

Open Wednesday through Saturday from 10 a.m. to 5 p.m. for creating, admission is $5 for kids ages 2-18 and $3 for adults. Children younger than 2 are free. The studio, on the second floor between Dillard’s and JCPenney, next to LensCrafters is open for pre-registered classes on Tuesdays, and closed Sunday and Monday.

“We just really want to be a community art space,” Feltis said. “We would love it if artists or teachers wanted to do stuff here. We want to be a resource for teachers and parents in the community, a space for people to be creative and make art.”

“We want to be a resource for teachers and parents in the community, a space for people to be creative and make art.” — Tallia Feltis, founder NAC

The studio has the supplies and equipment out, and is mostly self-directed. The screen printing equipment, clay and paints always are available, and there’s a gallery space for installations of “fun things that kids can play in,” she said. Right now the installation is a forest, and kids painted a backdrop and mountain. There also are paints, blocks, pompoms, and more.

“We do always have a project that changes every week or two,” Feltis said. It’s stick weaving now, and they’ve also made stamps.

The space is available to reserve for parties, too.

Starting in October, there will be a class for kids ages 3-5 years old focusing on pop art. Eventually, she hopes the center will host arts classes for people of all ages.

Feltis, who has an 8-year-old and 6-year-old, said she lived in the Eastern U.S. for a while, and loved the children’s museums.

“I thought Provo needed something like that,” she said.

So she decided she wanted to create the Neighborhood Art Center in March, got working on nonprofit status and looking for a space. They started renovating the space in the mall in May. “We have a really good deal with the mall to use this space,” she said.

Since opening, they’ve had lots of families come in to do art together — parents must be present. “We try to make it so there’s something to do for almost every age,” she said.