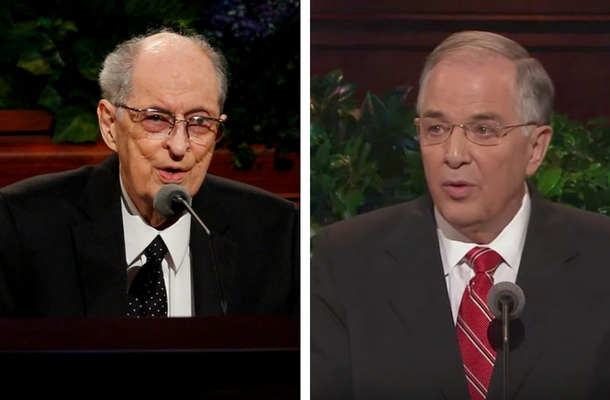 Elder Neil L. Andersen, a member of the Quorum of the Twelve Apostles for the LDS Church, deviated from his originally planned talk for the 187th Semiannual General Conference to share a few words from recently deceased apostle Elder Robert D. Hales.

Elder Hales died on Sunday afternoon at 12:15 p.m. at the hospital. Despite his time of death being close to the Sunday morning session of conference, Elder Andersen said President Russell M. Nelson, president of the Quorum of the Twelve Apostles, was also at Elder Hales’ bedside. At the close of the Sunday morning session, President Nelson felt impressed to quickly leave the session for The Church of Jesus Christ of Latter-day Saints to be at Elder Hales’ bedside, Elder Andersen said.

Prior to conference, the First Presidency told Elder Hales he could share a brief message in the Sunday morning session “if his health permitted it.” Unfortunately, Elder Hales was hospitalized earlier this week, making Elder Hales miss the entirety of conference.

“When we choose to have faith, we are prepared to stand in the presence of God. After the Savior’s crucifixion, He appeared only to those who had been faithful in the testimony of Him while they lived in mortality. Those who rejected the testimonies of the prophets could not behold the Savior’s presence, nor look upon His face. Our faith prepares us to be in the presence of God.”