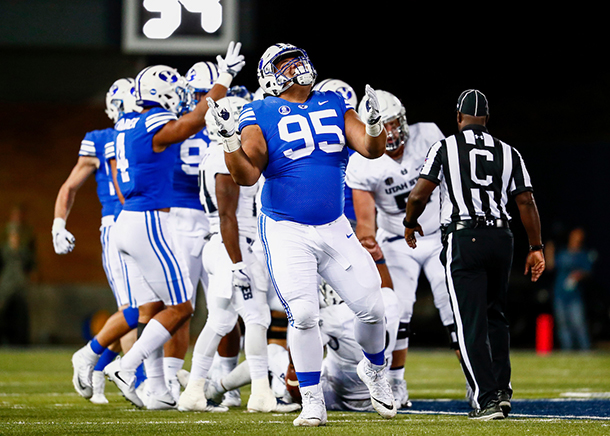 Coming off a poor performance against Utah State, the BYU football team looks to turn things around against Boise State in the homecoming game on Friday night.

BYU has a lot of unanswered questions, none more pressing than who will start at the quarterback position. Cougar fans can expect either Tanner Mangum or Beau Hoge to lead the offense but will have to wait to know for sure as the team doesn’t give injury updates unless a player has sustained a season-ending injury.

“Injuries are part of the game,” said BYU head coach Kalani Sitake in a press release. “Obviously you’d like to have answers when you have guys that go down, but I think that if you’re looking at the situation, and I don’t talk about injuries too often, but there’s still a chance that Tanner and Beau can play this week.”

Regardless of the starting quarterback, BYU will need to make significant offensive improvements if they want to beat Boise State. The Cougar offense remains at the bottom of the national rankings. Averaging 257 offensive yards per game, they rank 128th out of 129 FBS teams. The Broncos are ranked 100th in that category, averaging 351 yards per game. While BYU is 125th in points per game (12.6), Boise State is ranked 68th (29.8).

The real stinger is the fact that the Cougars lead the nation with 10 interceptions in addition to their three fumbles. While 13 turnovers in just five games is cause for concern, it’s even worse that seven of those turnovers came in their last game against Utah State. Despite the disheartening loss, the team remains supportive of one another.

On the other side, Boise State last played two weeks ago against Virginia where they lost 42–23. The Broncos come into Provo looking to avoid their third loss of the season to face a struggling but still confident BYU team.

“Boise State has a quarterback with a lot of experience,” BYU head coach Kalani Sitake said in a press release. “They are coming off a bye week, so when they come out and play in our stadium, it’ll be exciting. I feel good about our matchup with them.”

This will be just the eighth all-time meeting between the teams. The Broncos hold the 5–2 edge, but the home team has won all five meetings since the teams signed to play a home alternating series every year through 2023 in 2012. With the game in Provo this year, the Cougars will hope this trend continues.

Where to experience fall near Salt Lake City Previous post