Olive Garden, theater opening in Spanish Fork in time for the holidays 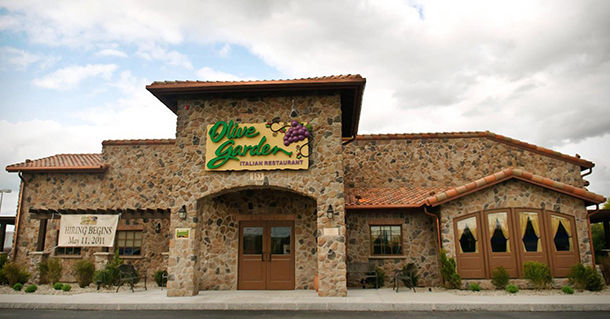 Olive Garden will open at the Canyon Creek development in Spanish Fork on Nov. 15, 2017. (Photo courtesy of Olive Garden)

Spanish Fork residents likely will have a new restaurant and more to be thankful for this holiday season, with Olive Garden set to start serving the week before the holiday, and a new movie theater scheduled to open right before Christmas.

The new restaurant, movie theater and more are part of the Canyon Creek development, just off Interstate 15 along Highway 6. It’s moving along on schedule and the developer could have it built out by sometime in 2019, said Dave Anderson, Spanish Fork’s community and economic development director. So by the end of the year, it will be about halfway done, in terms of total square footage.

Some of the stores opening their doors in the next several months:

People are excited about the Olive Garden, Anderson said. “For years and years and years, what everybody said they want most is a sit-down restaurant, some kind of chain with national recognition,” he said.

City leaders are hoping that Olive Garden will be successful in Spanish Fork and then lead to more restaurants coming to the area. Anderson said people talk about a Longhorn Steakhouse or Outback Steakhouse — “there are always comments on that, wanting Spanish Fork to have a good steak restaurant.”

What city leaders may be most excited about is the development’s potential for sales tax revenue. Though Spanish Fork gave the developer some sales tax incentives to build, they’ll only last five years, Anderson said. Then after the term of the incentives ends, the city’s sales tax collection may increase by up to 30 percent.

Woodbury Corporation, which also owns University Place in Orem, announced the new phase of the development earlier this year — adding 245,000 square feet of retail and restaurant space to the shopping area. That will mean up to 45 new stores and restaurants. It already has Costco, Walmart, Good Earth, Ace, restaurants and more. When its built out, the shopping area will have more than one million square feet of retail and commercial space.