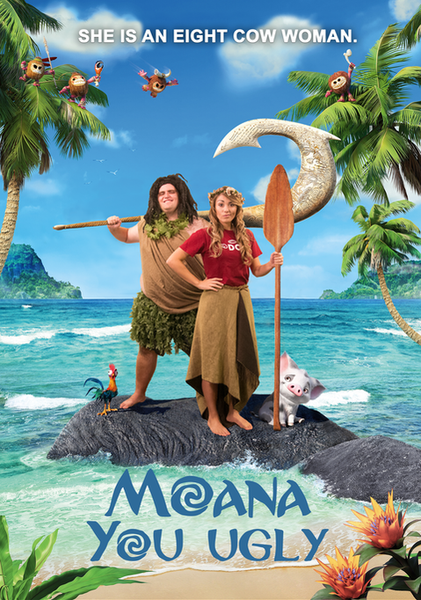 apologized for the “Moana” movie poster advertising the show which had the title “Moana you ugly,” spoofing the movie “Johnny Lingo.”

One third of UVU female students have experienced sexual misconduct

Female students at Utah Valley University are more than likely to have encountered some form of sexual harassment than males, according to the Salt Lake Tribune. A survey revealed that 1 in 3 women and 1 in 7 men at the Orem university have experienced sexual misconduct from written or verbal conduct to unwanted physical contact. Read more about the survery at sltrib.com.

BYU Divine Comedy canceled its “Moana” parody after facing social media backlash that called the sketch racist and offensive, according to the Daily Herald. The sketch comedy group apologized for the “Moana” movie poster advertising the show which had the title “Moana you ugly,” spoofing the movie “Johnny Lingo.” Read more at heraldextra.com.

Alpine resident Bryan Burr, 58, died on Saturday afternoon after being hit in the head with debris dropped from a helicopter, according to KSL.com. The straw mulch was being dropped on the burn scars left by the Brian Head Fire that burned in July. Read more at KSL.com.