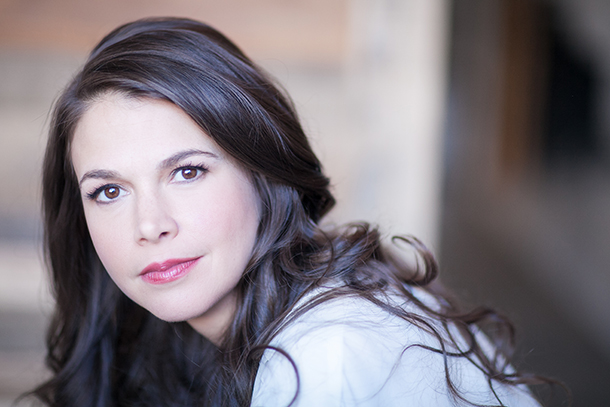 “Sutton Foster’s crystal-clear voice and vibrant stage presence will pair wonderfully with the Choir and Orchestra. She will be an absolute delight for audiences,” said music director Mack Wilberg in a press release. “We are equally privileged to have the talents of Hugh Bonneville as our narrator bringing to life a story specially tailored to him about joy and peace at Christmas.”

The annual concert includes LDS musical groups the Mormon Tabernacle Choir, Orchestra at Temple Square, and Bells on Temple Square. Under the direction of Mack Wilberg, music director of the Choir, and Ryan Murphy, associate music director, the concerts will be on Dec. 14, 15 and 16 in the Conference Center in Salt Lake City, Utah. 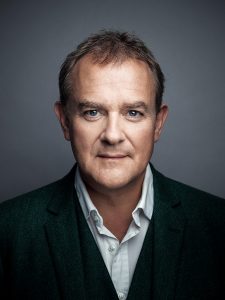 “Each year there is a new theme for the Christmas concert which magnifies the strengths of our guest artists,” said Ron Jarrett, president of the Mormon Tabernacle Choir, in a press release. “With Sutton Foster and Hugh Bonneville headlining the concert, audiences will experience a full-scale production of world class music, dance, and storytelling with amazing visual effects in the Conference Center.”

Foster has starred in 11 Broadway shows including her Tony-winning roles in “Anything Goes” and “Thoroughly Modern Millie.” She originated roles for “The Drowsy Chaperone,” “Young Frankenstein” and “Shrek the Musical.” In her television career, Foster stars Liza in the critically-acclaimed TV Land comedy series “Younger.” Previously, she starred on the comedy series “Bunheads,” which also earned her a role on the Netflix revival of “Gilmore Girls” earlier this year.

In 2014, Foster performed at Brigham Young University in Provo. She has toured the country with her hit solo concert from her debut solo CD “Wish,” followed by her CD, “An Evening with Sutton Foster: Live at the Cafe Carlyle.” She has also graced the stages of Carnegie Hall, Feinstein’s, Lincoln Center’s American Songbook series and many others.

Hugh Bonneville is best known for his role as the Earl of Grantham on the PBS Masterpiece’s hit series “Downton Abbey.” He received Golden Globe and two Emmy nominations from his performance on the show. His film credits include “Notting Hill,” “Iris,” “The Monuments Men” and the two “Paddington” movies. Most recently, Bonneville starred in “Viceroy’s House” in which he portrayed Lord Mountbatten, alongside Gillian Anderson and Sir Michael Gambon. Last year, he returned to the stage in Ibsen’s “An Enemy of the People” at Chichester Theatre.

Tickets will be available on Saturday, Oct. 21 at 10 a.m. MT at lds.org/events. Patrons may request up to four tickets online, but the free tickets won’t be available over the phone.