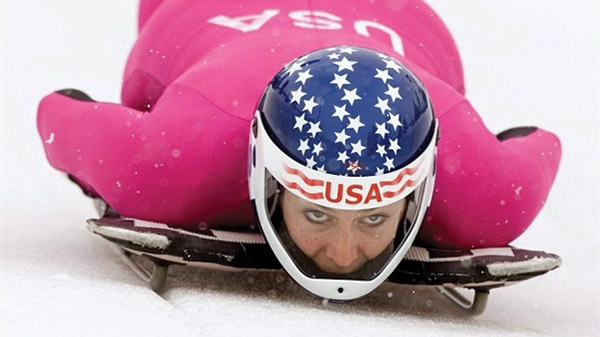 After recovering from her broken leg, Noelle Pikus-Pace competed in the 2006-2007 skeleton season. (Photo by NBC/USOC)

Now that voters didn’t back a referendum to back a 2026 Winter Games bid, Innsburck, Austria is pulling itself as a location option for the Winter Olympics, the Deseret News reported. Salt Lake City is throwing its hat in the rink, hoping to win the bid for another Winter Olympic Games. In 2002, Utah hosted the Winter Games. Read the full story here.

Paleontologists from the Natural History Museum of Utah airlifted fossils of a teratophoneus — a relative of T. rex — from Grand Staircase-Escalante National Monument, reported The Salt Lake Tribune. The paleontologists found the remains of the nearly complete dinosaur nearly two years ago. They plan to study the bones at the Natural History Museum of Utah and possibly display the bones there. Read the full story here.

The bus rapid transit line being built through Provo and Orem is going to cost another $14 million, KSL.com reported. Originally a $190 million project, the UTA committee may need to come up with another $10 million — it has $4 of its budget contingency remaining — to complete the 10.5-mile route. Read the full story here.