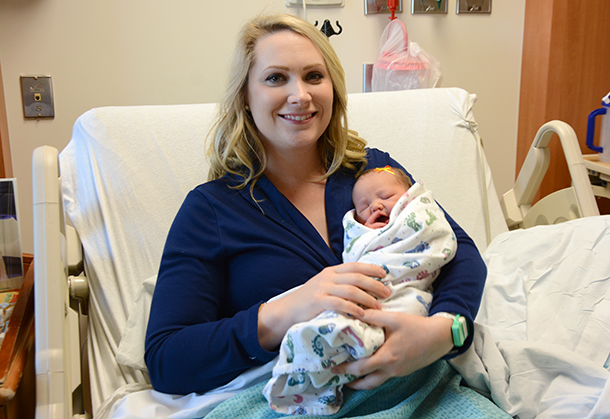 Fed up with being pregnant, one American Fork woman got an eviction notice signed for her fetus.

Addressed to the baby — residing at Mommy Belly Lane in the Womb, Utah — Judge Lynn Davis with the Fourth District Court signed and stamped the eviction notice for Kaylee Bays that issued the complaint:

“You have committed a nuisance because: Mommy is uncomfortable and running out of room for you! Too much heartburn and rib kicking, and I’m sick of waddling!

“You are required to vacate the premises within three calendar days, counting weekends and holidays.” 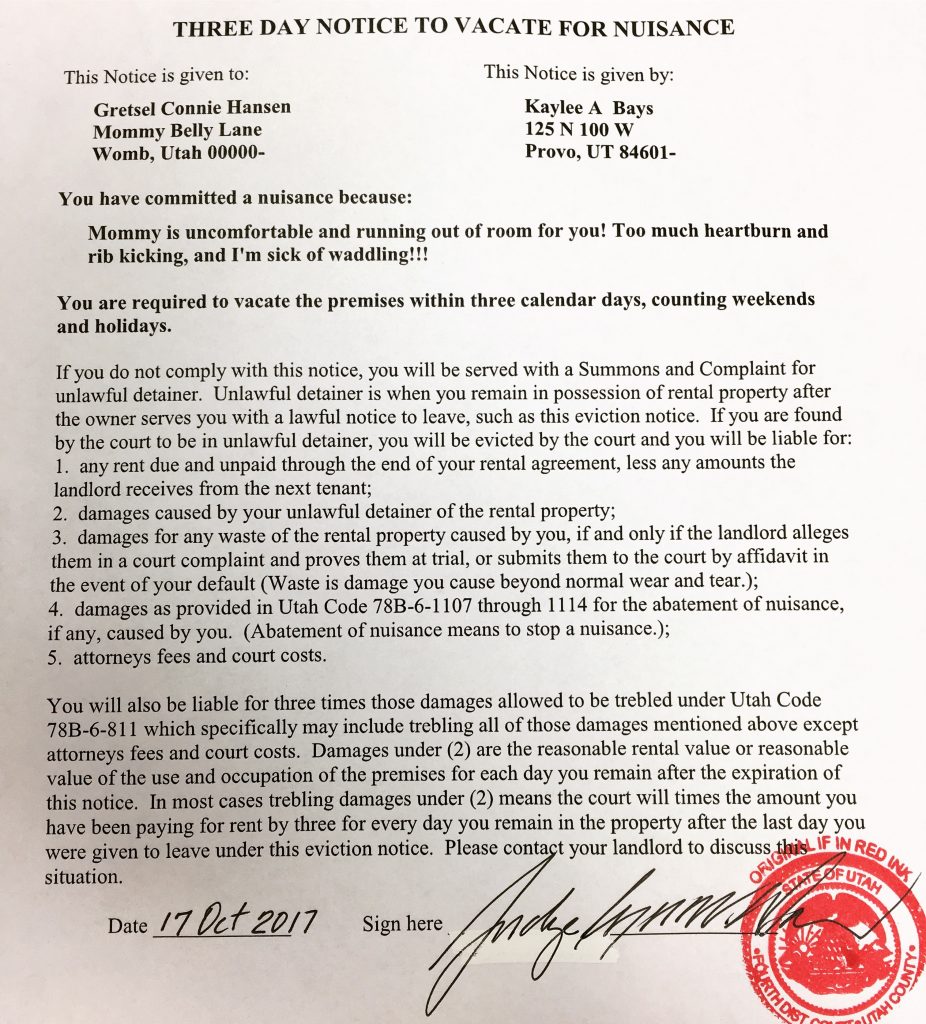 On Monday, Bays began having contractions, but the pains subsided later and she returned to her work at the Fourth District Court. After receiving multiple comments about her unexpected presence in the office, Bays drafted up the eviction notice in a few minutes and made her way to Judge Davis’ office.

“In my 31 years of working, this is my very first. If it really works, I want it framed,” Judge Davis told Bays.

And it worked. Within 12 hours of signing an eviction notice for the fetus, Bays’ water broke and she gave birth to Gretsel, a 6 pound 15 ounce, 18.5 inch baby girl.

Bays is grateful the eviction notice worked and just as glad that everyone has had a good laugh from the office joke. She says the doctors even joke about sending any overdue pregnant women to the court so they can get eviction notices as well.

“Every pregnant mom gets to that point where you want to say, ‘you’re evicted, you’re done,’ but it never happens,” Bays said.

Bays intends to make good on framing the miracle-working eviction notice for Judge Davis, who emailed Bays to let her know he was “tickled pink” that the eviction notice worked.

“I’ll probably take her in at some point to get a picture of all three of us so we can just laugh about it and add it to the eviction notice because it’s just so funny,” Bays said.