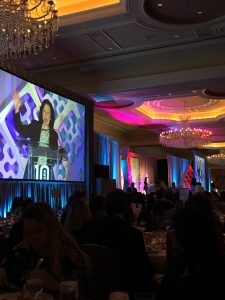 Oracle CEO Safra Catz shared business lessons learned in her tech career as the keynote during the Women Tech Awards at the Grand America.

1. Sen. Hatch said, “We aren’t Silicon Valley yet, and that’s the point if you know what I mean.” He cited the benefits of growing businesses in an area where avocados don’t cost $20.

2. In her keynote speech, Catz said technology is very difficult because we are solving problems that other people don’t know are out there. “To do this, you need people with other points of view. In technology in particular, you having everyone participate is critical,” she said, referring to the importance of more women pursuing tech careers.

3. Catz said that founders aren’t the ones who think “outside the box.” Instead, she said “they don’t even see the box.”

4. When others see you going against the conventional wisdom of the time, they will “think you’re an idiot until you’re a genius,” Catz said.

5. Being decisive is an essential leadership trait. “If you want to grow your company or your career personally, you have to make decisions,” Catz said. “If you wait a long time with indecision, the decisions are made for you.” 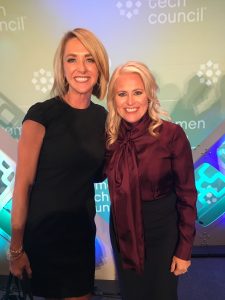 7. Integrity is nearly impossible to get back. “You can recover from a mistake,” she said. But a lapse in integrity is much more difficult to recover from.

8. Strong leaders are humble. “There’s no difference between the assist and the goal in my view,” Catz said.

9. Women Tech Council aims to strengthen women’s experiences in STEM “from the classroom to the boardroom.” The student finalists are honored in the middle of their schooling instead of the end, which encourages them to continue their pursuits and for their classmates to also see their recognition.

10. Tetro shared the strength and the challenges of Utah’s women in tech. For example, in Utah only 5 percent of tech executives are female, while nationally that number is 11 percent. “However, companies with women on boards and in executive roles outperform on revenue and profits,” she says.