East Bay Golf Course could have med school as neighbor 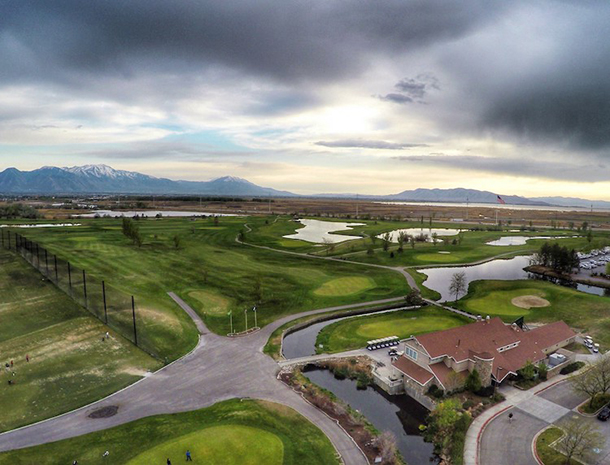 If everything goes as planned, Provo could have a new medical school and an improved golf course in the next several years.

Wasatch Educational is proposing to build the school on 24 acres on the northwest side of the East Bay Golf Course. It would take about 11 percent of the total golf course acreage, according to a press release from the company. It would pay to move three holes currently there to the southeast, on the old Kuhni property. The land is desirable for the school because of its proximity to Interstate 15. It’s also surrounded by open space of the golf course. Plus, it’s one of the few parcels in the city that’s the right size and with the right zoning designation.

The plan is that one of the holes would be an island hole, “which is pretty unique,” said Provo deputy mayor Dixon Holmes. “So the goal is the golf course would be improved by this.”

If built, the medical school would enroll as many as 500 to 600 students at a time, he said.

According to Wasatch Educational, over the next 10 years the school would bring 1,588 jobs to the city. It also would add $83.1 million in construction business and about $100 million in annual business infusion. It also predicts that the school will draw other related businesses in the health, biomedical, medical and biotechnology industries.

Holmes said Wasatch Educational has submitted a letter of intent to the city. So it and city staff and administration have gone back and forth.

“It’s just trying to get things more specific on what it is and where and when they want to do it. They are still in the process of revising or refining what they propose as a site plan.” — Dixon Holmes, Provo deputy mayor

“It’s just trying to get things more specific on what it is and where and when they want to do it,” he said. … “They are still in the process of revising or refining what they propose as a site plan.”

Another point of negotiation is that the city doesn’t want any loss of play on the course, he said. So the new holes would be ready before the old holes were removed. Also, they’re talking about what will happen if the school wants to expand in the future.

Possibly as soon as this month, the city council will consider the proposal in a public meeting.

Wasatch Educational would build the school on land that was once slated for a commercial and office center that included a Target. That project fell through about 10 years ago, and nothing was ever built. Holmes said the city is taking “some extraordinary precautions” to ensure that if the city gives up part of the golf course that the school will execute its part of the agreement.

Wasatch Educational is the holding company of Rocky Mountain University of Health Professions, which already is in Provo. It’s a post-professional graduate healthcare institution that offers master’s and doctorate programs. According to Wasatch Educational, the medical school will help relieve the physician shortage in the state and country. Utah ranks 43rd out of 50 in physicians to population ratios, and 49th out of 50 in primary care physicians to population ratios. The state needs about 375 new physicians every year to meet medical needs. More than 400 students leave Utah every year to attend medical school, most of whom don’t return.