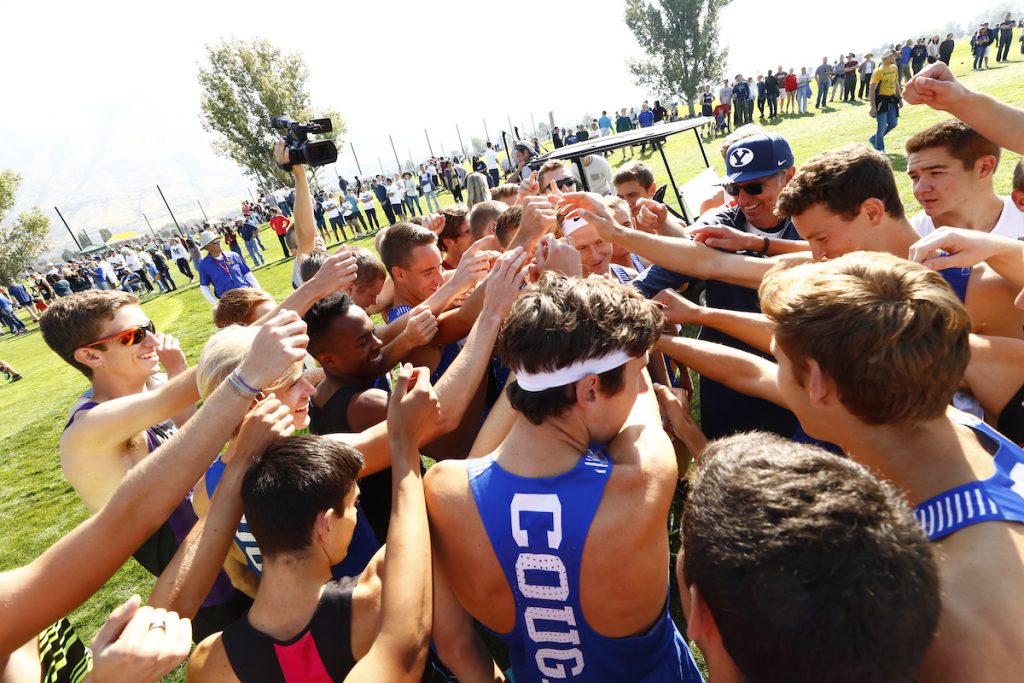 Six seconds after junior Connor McMillan crossed the finish line for first place at the cross country West Coast Conference Championship, four of his teammates followed side-by-side to sweep the competition with a perfect score of 15. It was the first perfect score in WCC Championship history.

“We knew going in that (sweeping) was our plan with Portland being ranked right behind us on the national and conference polls,” Young said. “We knew that we wanted to put five in front of their one and that that would really make a statement. It was really neat to do it as a team and cross the line together.”

BYU has taken first in all four of its meets this season and are now WCC champions for the third straight year. The team’s achievements could be attributed to a group of individually talented runners, but the Cougars believe putting the team first has been the key to success.

“Most people think of cross country as an individual sport but they don’t really understand how much a team can play into your individual performance. This year we’ve really focused on putting ourselves aside and doing what’s important for the team.” — Clayton Young, BYU junior

“Most people think of cross country as an individual sport but they don’t really understand how much a team can play into your individual performance,” Young said. “This year we’ve really focused on putting ourselves aside and doing what’s important for the team. It’s been a big step in uniting us as a team and I think overall we jut compete better as individuals.”

It’s that team solidarity that has BYU thriving.

“In these races, one thing that’s made us so successful is that we run in a pack most of the race and we all finish really close together,” Linkletter said. “Running is all about having the mental toughness to push through discomfort and pain. So you know you can do it when the guys that you’re around are the guys that you do that with every day. It gives you a ton of confidence. That’s kind of the culture right now — that we’re all running with each other and for each other.”

In the four meets this season, Linkletter has come in first in two races. Young and McMillan also have first place finishes. Overall, BYU has been dominant. In their first meet of the season, nine out of the top ten spots were claimed by Cougars. In the following meet, seven out of the top ten spots went to Cougars before they claimed the top five spots in the WCC Championship two weeks ago.

“It felt really, really great to do that with my team,” Carney said. “I definitely feel the closest to this team than any other team I’ve been on. We’ve all been here working together, helping each other progress and it’s really cool to have so many guys who are willing to work hard and work for each other.” 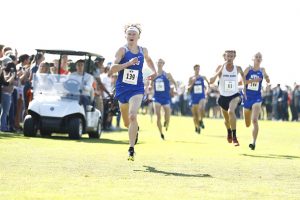 The team culture is something that rings true even when the Cougars aren’t racing. Aside from the rigorous daily training and weekly meets, the team spends a lot of quality time together eating meals, going to movies, studying in the library and goofing off and having fun. That brotherhood makes the shared success that much better.

“It’s pretty fun going out and running a race and winning a race with all your really good buddies,” Clinger said.

The Cougars are now preparing for regionals in Logan on Friday, which they view as a stepping stone to their ultimate goal — winning nationals. BYU took first place at the NCAA Championships in 2015 but placed seventh last year. In 2017, the team is ready and eager to take first again.

“We all believed coming into this season that we could be really, really good,” Linkletter said. “So it’s high self-belief and high confidence in each other. It has to do with a big group of guys that are really solid and believe that we can be special this year and it’s been a recipe for success.”

The cross country team will look to ride their momentum into regionals on Friday, Nov. 10 and then into the NCAA Championships in Kentucky on Saturday, Nov. 18.