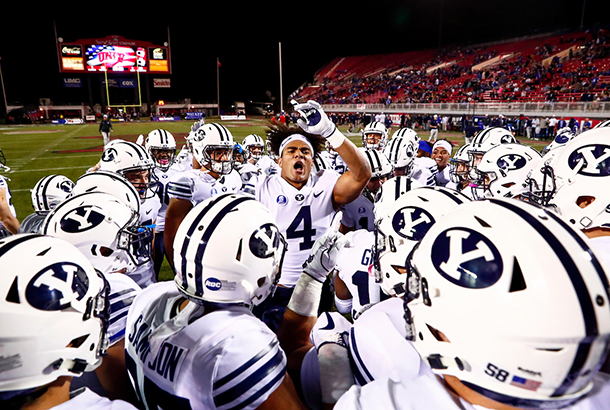 If you were as busy as the Cougars and Wolverines were this weekend, chances are you didn’t get to catch all of the games. Here’s a quick recap of how it all went down.

Behind true freshman quarterback Joe Critchlow and Squally Canada’s career night, the BYU football team beat UNLV 31–21 on Friday night. The victory brings the Cougars to 3–8 on the year.

Critchlow looked promising for BYU as he went 14 for 22 with 160 yards and one touchdown. Canada rushed for a career-high 213 yards on 25 carries.

Leading 14–7 at the start of the third quarter, Canada recorded a career-long 54-yard run to open the second half. The run led to a BYU 68-yard, four-play possession that ended in a rushing touchdown for Canada and extended the lead 21–7. UNLV would score a touchdown of their own to come within seven, but the Cougars came back to score taking a 28–14 advantage into the fourth quarter. Although the Rebels scored a touchdown early in the fourth quarter, BYU took control of the game with a 28-yard field goal from Rhett Almond. With less than two minutes to play, linebacker Fred Warner sealed the 31–21 win with an interception.

The Cougars will face UMass and try for their second consecutive win on Saturday, Nov. 18 in their final home game of the season.

The BYU men’s basketball team beat Mississippi Valley State 91–61 in their first game of the season on Saturday.

BYU dominated the game, shooting 58.9 percent from the field while holding the Delta Devils to 37.5 percent. The Cougars led by 41 points in the fourth quarter and won by 30.

“I thought we had a really good game plan tonight and executed it well,” BYU head coach Dave Rose said. “Tonight Elijah (Bryant) was near perfect in his offensive execution. He was patient, had a good pace and was aggressive. You always want to get that first win. It’s important for the team and their confidence.”

The Cougars will head to New Jersey for their first road game of the season as they take on Princeton on Wednesday, Nov. 15. Read more about BYU basketball’s win here.

“When all of your hitters hit for a high clip, it’s exciting to see,” BYU head coach Heather Olmstead said. “Lyndie (Haddock) and Alohi (Robins-Hardy) did a great job of getting the right hitters the ball and then everyone took smart swings. Defensively, our block was technically sound versus some really good hitters.”

The Cougars will look to extend their win streak this week as they face San Francisco on Thursday, Nov. 16 and then Santa Clara on Saturday.

The BYU men’s cross country team placed second in their 10K race at the NCAA Mountain Region on Friday.

“Our goal coming in was to qualify for the NCAA Championships and I think we did just that,” BYU head coach Ed Eyestone said.

The women’s team placed third in their 6K race and earned an at-large bid to the Championships as well. The teams will compete at the NCAA Championships in Kentucky on Saturday, Nov. 18.

In their first game of the 2017–2018 season, the BYU women’s basketball team beat Southern Utah University 75–67 in overtime.

“First of all, you have to give Southern Utah a lot of credit,” BYU head coach Jeff Judkins said. “But I’m really proud of my team. I think they really showed their character tonight in the last three minutes being down 10 and just fighting and doing what they needed to do to win.”

Up 34–31 at the start of the second half, the Cougars conceded the lead in the third quarter. They were able to keep it close but entered the fourth quarter down 47–43. SUU continued their dominance in the final quarter taking a ten point lead with only a few minutes left, but a pair of three-pointers  from sophomore guard Brenna Chase sent BYU on a 7–0 run to get them back in the game. Senior guard Cassie Broadhead Devashrayee then hit a three-pointer to tie the game at 61 and sent the game to overtime. After both teams went scoreless for the first three minutes of overtime, Devashrayee nailed another three to put BYU ahead for the first time since the second quarter. The Cougars then went on an 11–1 run to earn the 75–67 victory.

The Cougars will face Washington on Wednesday, Nov. 15 in their first road game of the season.

Playing No. 4/5 Kentucky and No. 1 Duke in a back-to-back, the UVU men’s basketball team played in what has been referred to as the toughest 24 hours in the history of college basketball over the weekend. They first lost 73–63 to Kentucky on Friday and then 99–69 to Duke on Saturday.

The Wolverines kept it competitive against Kentucky leading 34–25 at halftime but were outscored by 19 in the second half to lose by 10. Guard Kenneth Ogbe led UVU with 12 points while guard Brandon Randolph and forward Isaac Neilson each had 10 points.

“We’re certainly very disappointed with the outcome,” UVU head coach Mark Pope said. “I believe we have a really good team. I love my guys, I love my locker room, and I believe we can do way better than this. That’s why we came here. Kentucky is obviously a great team, and they’re going to be great all year, but I’m proud of my guys.”

The Wolverines then lost by 30 points to Duke the following night. Center Akolda Manyang recorded 17 points for UVU while Ogbe had 13 and guard Conner Toolson had 11.

UVU now moves to 0–2 on the year. They will look for their first win of the season against Idaho State on Tuesday, Nov. 14.

First ever edition of KC’s Mid Major Minute! #MMM Our featured team tonight is @UVUmbb for their incredible showing against Kentucky. #UVUvsUK pic.twitter.com/GusJCYAmCI

UVU women’s soccer falls against No. 1 Stanford in NCAA Tournament

The UVU women’s soccer team lost 9–1 against top-seeded Stanford in the first round of the NCAA Tournament on Saturday night.

“We knew it was going to be a tall order tonight,” UVU head coach Chris Lemay said. “I’ve had a lot of experience playing against Stanford but this might be the best Stanford team I’ve ever seen. They capitalized on every opportunity that we gave them.”

Senior midfielder Libby Weber scored the lone goal for UVU to make it 2–1 in the 17th minute, but the Cardinal stormed back to score four goals before halftime and added three more in the second half to make it 9–1.

UVU tied for third place in the WAC with CSU Bakersfield but hold the tiebreaker advantage, making them the third seed in the upcoming WAC Tournament.

“Today was a challenge,” UVU head coach Sam Atoa said. “We really struggled trying to stop their outsides, but we were able to make some adjustments and managed to play better down the stretch.”

Senior outside hitter Lexi Thompson had 17 kills while senior middle blocker Madison Dennison recorded 15 kills and six blocks in the game. She became UVU’s all-time program record holder in block assists with a career total of 517.

The third-seeded Wolverines will battle sixth-seeded UMKC on Thursday, Nov. 16 to try to advance in the WAC Tournament in Texas.

Sleep in Style: 5 Tips From Gatehouse No.1 to Beautify Your Bedding 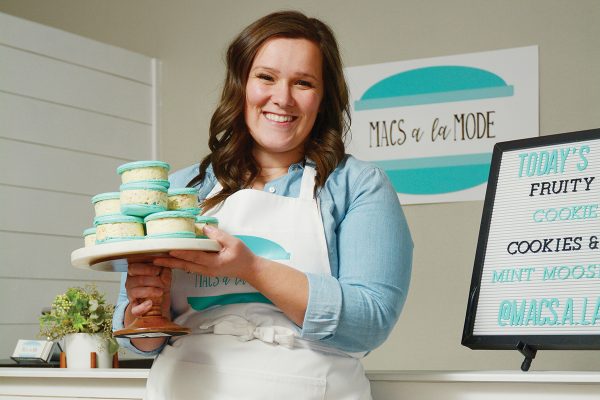 Mama of the Macaron Mayhem