Home Featured Everybody has a story: The house that built me

Everybody has a story: The house that built me 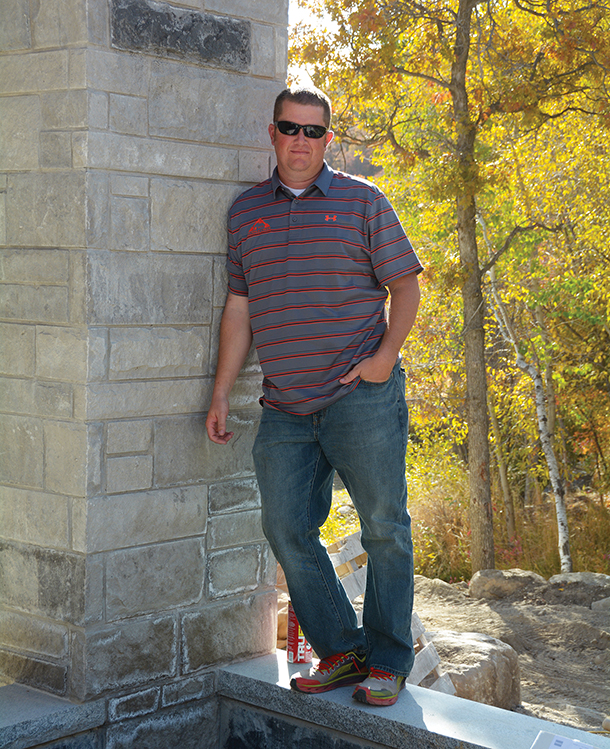 American Fork’s Bryan Bird finally took the leap to start his own construction company and his foundation is solid. When he isn’t building high-end homes, he loves to mountain bike with his kids, eat at Terra Mia (best Italian food in Utah, he says) and catch Jazz games on TV (Go Rudy!).

I grew up in Orem, and one of the best things about my childhood was the neighborhood. There were tons of kids my age and we did everything together. It was diverse — we had Korean, Thai and Philippino families on our street. We still have a bond today and joke about our #100westfamily.

When I was 8, my parents got divorced. I rarely saw my dad after that, but I was still young enough that it didn’t affect me too much. It wasn’t until one of my mission companions asked me if it was hard to grow up without my dad that it really sunk in. Because of that experience, I have made the decision to always be around for my kids, whether they want me to or not!

I graduated from Mountain View High School in 1994 before my LDS mission to Padova, Italy. I loved it there and have been back since.

After I finished my mission, I worked at the hardware store and met my wife, Courtnie. She was a cashier and I was in the lumber department. We dated for a year and got engaged. I started going to BYU to study construction management. I had met a builder in the last area of my mission and became interested in construction. I remember him telling me that when you build something — no matter who owns it 20 years later — you still have ownership in that building. It is still a part of you.

“I have made the decision to always be around for my kids, whether they want me to or not!” — Bryan Bird, co-owner Hobble Creek Construction

We had our son Dylan while I was in school. After graduation, I took a job at Jacobsen Construction. Then I moved on to Magleby Construction where I worked on high-end homes. My family continued to grow and we had two more children: Gavyn and Alexis.

I loved working for Magleby, but I had also always wanted to run my own construction company. It took me a while to get up the courage. I knew I had a family to take care of and a mortgage to pay. It made me nervous. The turning point came on my 15-year-anniversary trip. My wife told me, “Hey, do what you need to do to be happy. Make it happen.”

I started Hobble Creek Construction with $3,000 and a laptop at my kitchen table. On that first day, I got a call about a cool remodel project and things took off from there. A month later, I brought in my friend Spencer as my partner. Today we do high-end single-family homes in Utah, with a high concentration in Park City and Midway.

Having a strong work ethic is important in business, and my childhood prepared me for that. We didn’t have a lot of money growing up and when something like Scout camp came up, my mom would say, “OK, I can pay this much and that is it.” I shoveled many driveways and mowed a lot of lawns — and I am better for it today.