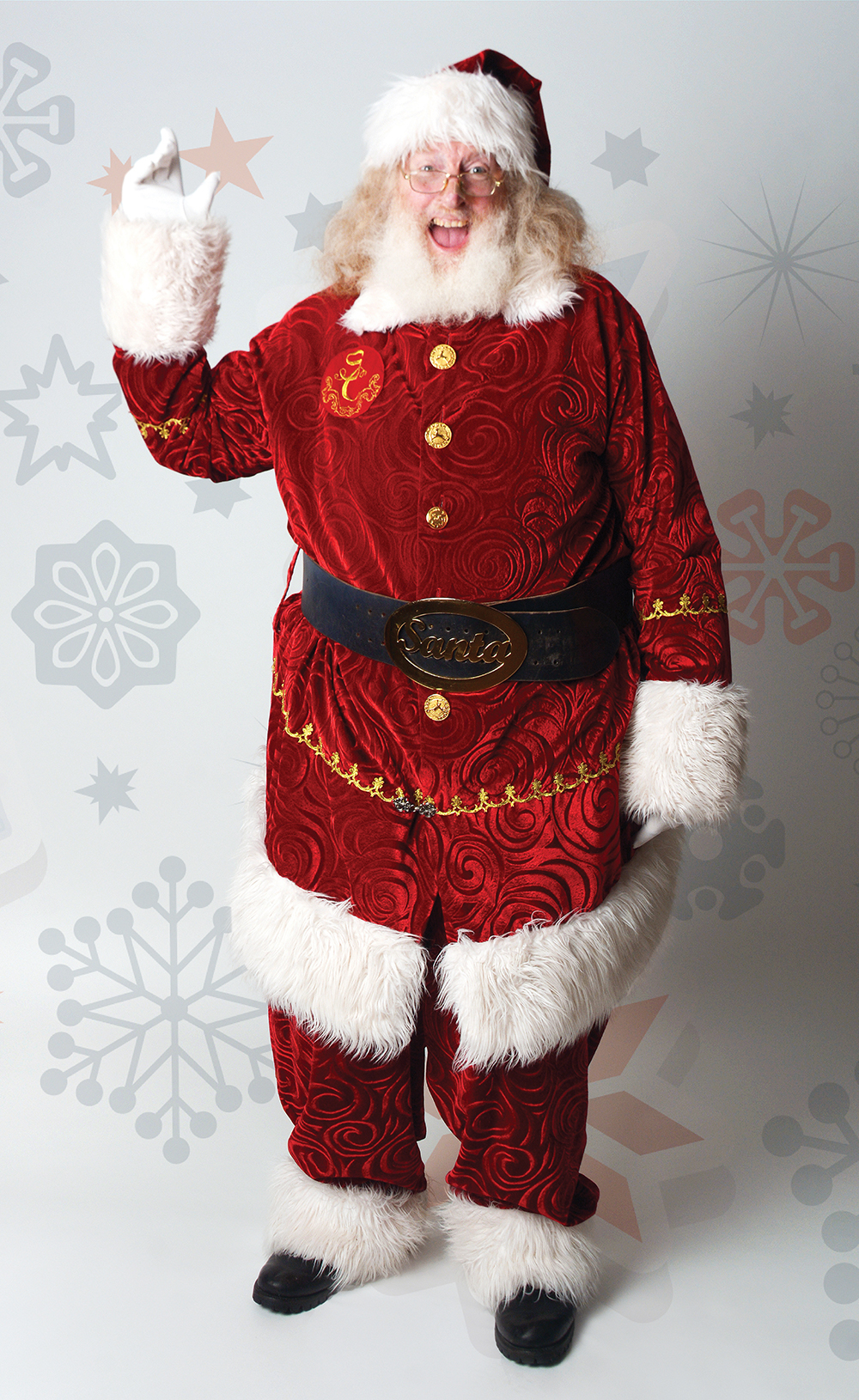 Joseph Leavitt takes on the role of Santa at Downton Sheraton’s Brunch with Santa in Salt Lake.

Before moving to Utah, Joseph Leavitt pursued an acting career in Los Angeles. He was frequently told he would make a great Santa. “I was always resistant because I saw myself above such nonsense,” Joseph says. “Then one day I looked in the mirror and wailed ‘Ah crap! I’m friggin’ Santa Claus.’” Joseph met many celebrities in his L.A. Santa days and even did a private party for Lionel Richie.

FORMER CAREER: I had a performing career for some time that I augmented with manual labor and various clerical/customer service jobs. Santa is an off-shoot of my show biz background.

STAPLE SANTA GIGS: I was Santa in L.A. at The Grove and The Los Angeles Zoo before moving to Utah with my wife. These days I do private parties and events including the Brunch with Santa at the Downtown Sheraton in Salt Lake.

“Then one day I looked in the mirror and wailed ‘Ah crap! I’m friggin’ Santa Claus.’” — Santa Joe

BEARD TALK: I used to tone down the copper in my beard with pigmented hair spray, but my hair and beard are much whiter now. In fact, I played Caiaphas in the LDS film “The Testaments” and the director of photography asked that the whiteness of my beard be toned down because it fluoresced on camera.

SUITING UP: One day at the Los Angeles Zoo it was 106 degrees, even though it was December. I wanted to jump in a pool, suit and all!

“I’m worried about your cholesterol. I think you need to lose weight!”

“I figure if I get all girly stuff for Christmas, all the girls will want to come play with me.”

“Santa doesn’t love me anymore because I used the F-word yesterday.”