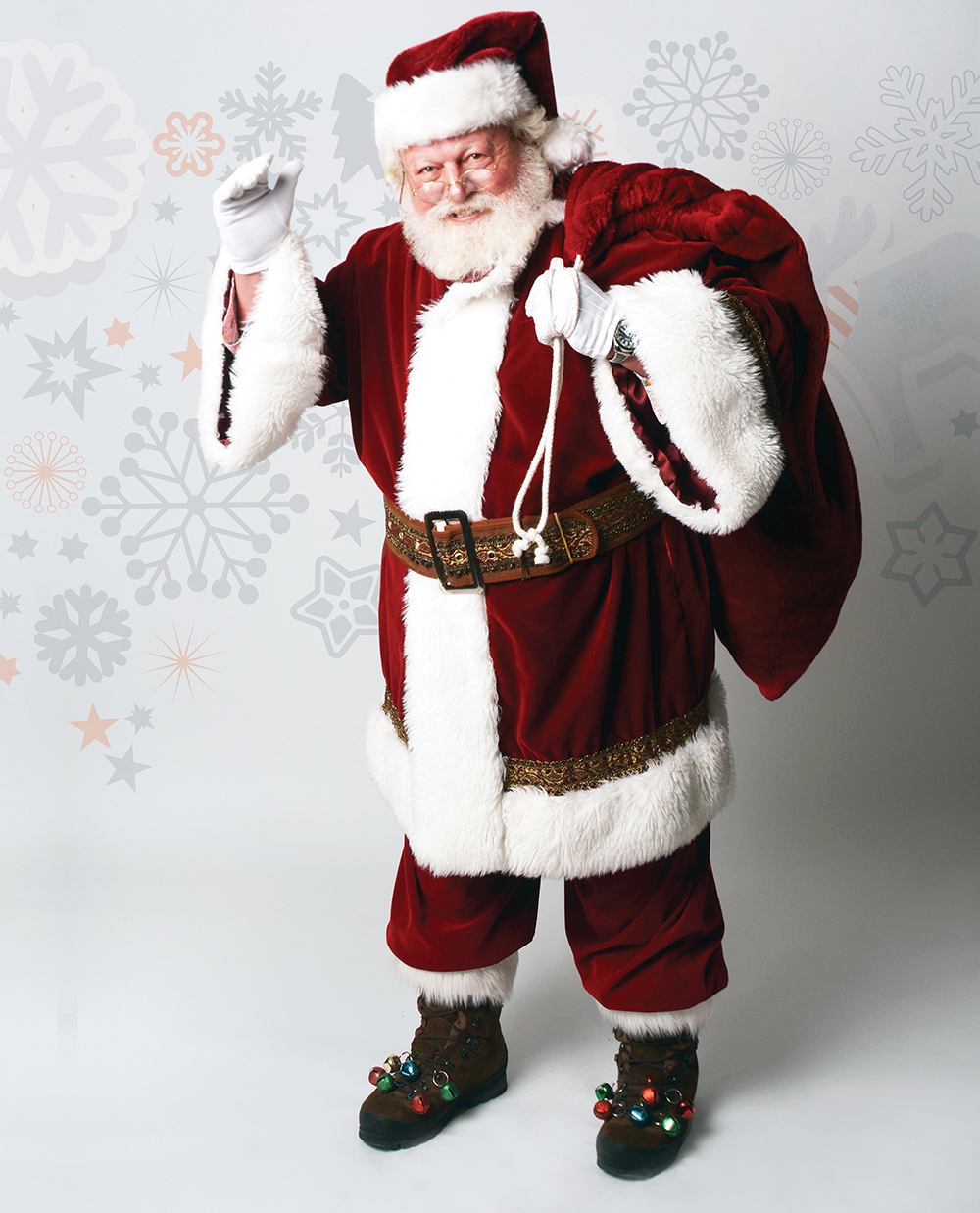 Around town, kids stop Lerl frequently to give him their Christmas list and parents pull up their photo with him from the previous year. Lerl relishes in his role and even has a personalized “SANTA” license plate.

BECOMING SANTA: My daughter-in-law was the one who kept telling me I should be Santa. So we got a suit and put my picture on KSL. I started getting a lot of calls and I’ve been doing it ever since.

STAPLE SANTA GIGS: This will be my seventh year at University Mall. I used to do a lot of private parties, but as I get older, I need more rest. Luckily, I work at probably one of the only malls in America that is closed on Sunday. One of the cool things the mall does is bring Santa in on a helicopter for a grand arrival.

“When I am driving to a gig, I always make sure I am in the right mood. You can’t go into it with a bad attitude, and as soon as I see the kids I am smiling.” — Santa Lerl

TENDER MOMENTS: One year, a little boy told me he just wanted his dad to come home for Christmas. My first thought was that his Dad was in the military, but when I asked where he was he said, “He lives in another house.” It was so tender and I told him I would pray for his dad to come home.

SANTA PREP: When I am driving to a gig, I always make sure I am in the right mood. You can’t go into it with a bad attitude, and as soon as I see the kids I am smiling.

BEARD TALK: I started growing a beard when I lived in Las Vegas because a lot of the guys I worked with did, too. It’s much whiter now!

MRS. CLAUS: My wife, Faye, gets to play Mrs. Claus with me sometimes. She is great with little kids who are scared because she reminds them that Santa is just like Grandpa.

OUTLANDISH REQUEST: One of the craziest things a child has asked for is a hippopotamus. And when a kid asks for something really expensive I always say “That’s a pretty nice gift, let’s see how good you can be.”

“YOU’RE NOT THE REAL SANTA!”: I tell them to tug on my beard if they don’t think I am the real Santa.

Get to the Point: Life surrounding Traverse Mountain Next post