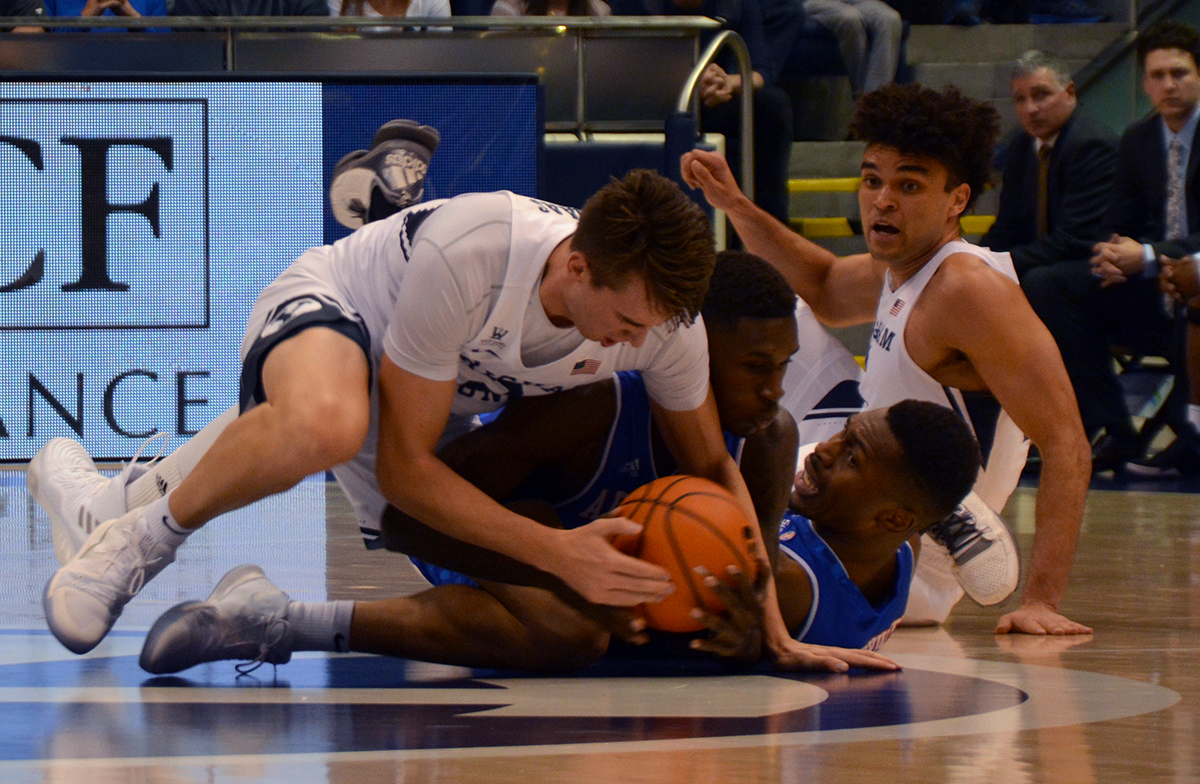 Redemption is a dish best served hot, but BYU basketball forgot to bring the matches to Saturday night’s game in the Marriott Center. And it turns out redemption wasn’t on the menu.

UT Arlington (2–0) served up a fast-paced offense, forcing turnovers and burned BYU with 54.1 percent shooting from the field, 60 percent from the 3-point line, in its 89–75 victory over the Cougars.

“We’ve had a nice easy month winning quite a few games and beating teams, but this team was good,” said BYU coach Dave Rose. “This was a good test for us.”

Saturday night’s game was the worst form of deja vu. Just eight months ago, UT Arlington shattered BYU’s postseason aspirations in the first round of the NIT Tournament, beating the Cougars 105–89 in the Marriott Center.

For the Mavericks, not much has changed. For the Cougars, everything has changed. The Cougars returned only four of the players from the 2016–17 roster (five with BYU junior Braiden Shaw who is out with an injury).

UT Arlington returned seven seniors. BYU doesn’t have a single senior on its roster. BYU lost power center Eric Mika to the European league. And just over a week ago, experienced BYU guard Nick Emery announced he would no longer play for BYU during the 2017–18 season. In their place, four returned missionaries, two transfer guards and a freshman joined the young Cougar squad.

“We’ve had a nice easy month winning quite a few games and beating teams, but this team was good. This was a good test for us.” — Dave Rose, BYU basketball coach

Rose blamed the “inability to score,” amongst other things, for the loss, something that needs to be fixed.

One answer the Cougars did find came from BYU sophomore Dalton Nixon, who found his stride in the final minutes of the game. But it was too little, too late.

“I just really tried to keep working hard,” Nixon said. “It’s a long game and there was still time on the clock, so we just played to the end.”

With the first loss, Rose is concerned about is how his team respond.

“This first loss every season is a big step in your season and your team,” Rose said. “We’ll see how our guys respond and go from there.”

While Saturday night’s game may have been a deja vu moment, Rose was encouraged by the fight he saw in his team.

“The one thing I was encouraged about was sometimes when you can’t make a shot you’re team falls apart and they all go on their own and individually try to fix it all,” Rose said. “I thought our team stayed together pretty good and competed pretty well throughout the game even though we never really got on top of it.”

BYU next plays Niagra on Tuesday, Nov. 21 at 7 p.m. in the Marriott Center as part of the Barclays Center Classic.