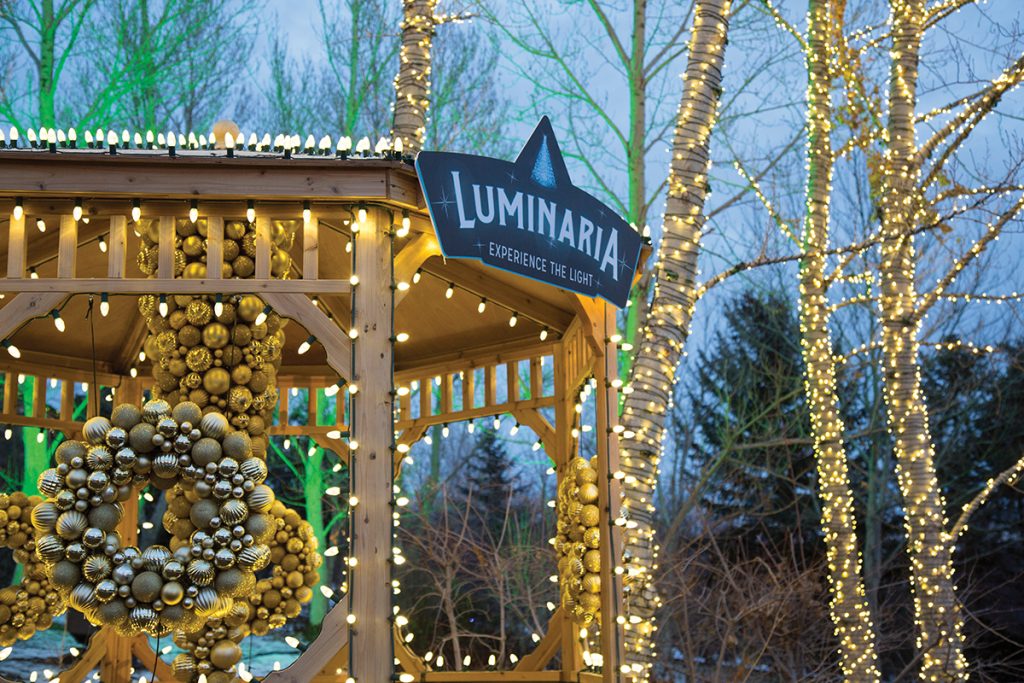 Thanksgiving Point’s Luminaria was the social media darling of last year, with its inaugural draw of a million light bulbs, 27 themed areas and nearly 60,000 attendees.

Now for the second season, this Point of the Mountain holiday mecca has more Christmas tricks up its white-fir-lined sleeve.

Sensory overload is on high alert, with scents throughout Luminaria, including floral fragrance, winter fir and gingerbread. 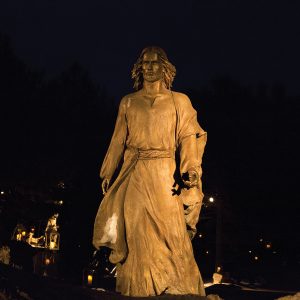 The most talked-about section of Luminaria is undoubtedly the Light of the World sculpture gardens, with 14 scenes depicting the life of Jesus Christ. Although the monument-sized statues are permanently displayed, the 1,600 lanterns hung during Luminaria make Christmas the most visually impactful time to see the works of artist Angela Johnson.

And then there’s the noise. Oh the noise, noise, joyful noise — synchronized to match the mood of  each of the nearly 30 displays, including live reindeer.

“We had at least 11 emails requesting the playlist from the Light of the World sculpture garden during Luminaria,” Erica says. “The music was curated by the artist, Angela Johnson, and it was very intentional for each scene of the life of Christ.”

Another gift of 2017 is that the Secret Garden tunnel will be part of the path through Luminaria for the first time. Other additions include more games, food, gingerbread displays, seating areas — and undoubtedly, more attendees.

Although admission to Luminaria is not included in a Thanksgiving Point membership, members can attend discounted preview days in November as Luminaria opens to the public.

In 2016, 35 percent of Luminaria guests were already members of Thanksgiving Point. Another #funfact, more than three adults attended for every child ticket purchased.

Oak Island creates the displays in partnership with Thanksgiving Point. The company, based out of St. Louis, also creates displays for Colonial Williamsburg, Six Flags and Paramount. 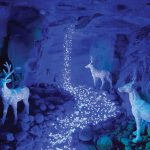 During Luminaria 2016, blue lights were displayed in dry creek beds, giving the visual interpretation of water. This year, actual H2O will run through Luminaria, adding the sound of water to the visual sensory overload at Thanksgiving Point’s Christmas celebration.

1,049 – s’mores kits were melted and devoured with sticky fingers

11 – Number of emailed requests for the soundtrack in Light of the World during Luminaria (music is curated by the sculptor, Angela Johnson)

Made in UV: Heart felt decorations and leather-bound journals Next post