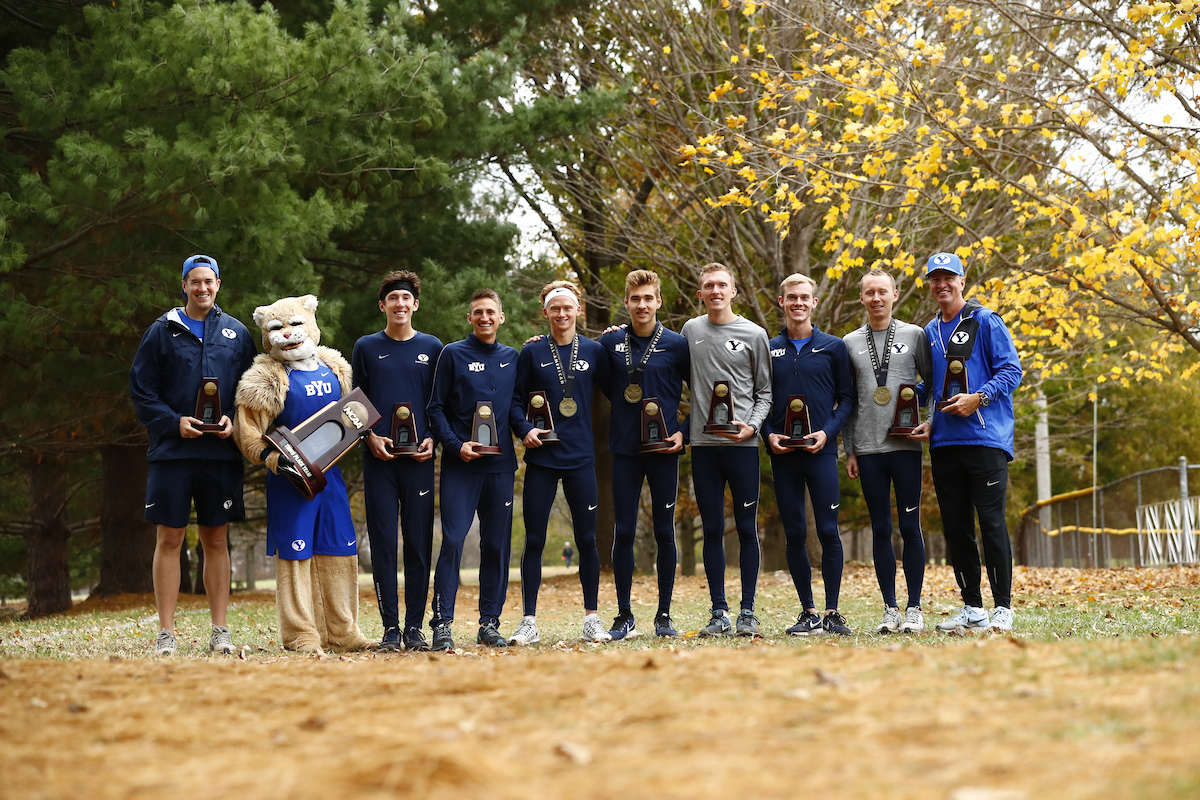 The No. 2 BYU cross country team took third place with 165 points in a 10K race at the NCAA Championships in Louisville, Kentucky on Saturday.

“I was proud of the way the team battled even though we fell short of the national championship,” BYU head coach Ed Eyestone said. “We would have needed to be perfect to beat (Northern Arizona) today and that was not the case.”

“It’s been a great and historic season,” Eyestone said. “We’ve been ranked higher in the polls longer than any past season. This is my best team ever and the second best in BYU history. When you come up a little short at the meet at the end of the year it’s disappointing, but when you focus on all the good things that have happened in terms of the victories and conference titles you realize how blessed we have been.”

The BYU football team lost their final home game of the season 16–10 against UMass on Saturday afternoon. The loss drops the Cougars to 3–9 on the year with only one game left to play.

In his second career start, freshman Joe Critchlow went 21 for 45 for 257 yards and a touchdown but also threw four interceptions. Overall, the BYU offense struggled the whole game. Trailing 16–0 well into the second half, BYU finally got on the board with 1:35 left in the third quarter thanks to a Rhett Almond 40-yard field goal to make it 16–3. Too little too late, the Cougars scored a touchdown to make it 16–10 with under a minute to play.

“Congratulations to UMass for making enough plays to win the game,” BYU head coach Kalani Sitake said. “This season has obviously been disappointing, but we have to find a way to work through it and springboard next season with a win next week.”

The Cougars will finish their discouraging season looking for a win in Honolulu as they face Hawaii on Saturday, Nov. 25.

The BYU men’s basketball team lost 89–75 to UT Arlington at the Marriott Center on Saturday night. The Cougars move to 2–1 on the year with the loss.

“UT Arlington is a great team,” BYU head coach Dave Rose said. “They were prepared for us. I thought we were in really good shape and ready to go but they just out-executed us. We had a tough time making shots, especially in the first half. We will learn from it. This was a good test for us.”

A five-minute scoring drought in the first half left the Cougars trailing 43–28 at halftime. The Mavericks kept control of the game in the second half. They went up by 20 points with 15 and a half minutes to go and never let up. Down 75–50, BYU went on a 6–0 run, but it wasn’t enough to overcome the deficit and the Cougars lost 89–75.

The Cougars will look to bounce back against Niagara on Tuesday, Nov. 21. Read more of a game recap here.

The BYU volleyball team won their sixth straight game as they needed only three sets to beat Santa Clara on Saturday afternoon (25–16, 25–22, 25–19). The victory pushes BYU to 27–2 overall and 16–1 in conference play. The Cougars remain tied for first place of the West Coast Conference with San Diego.

The Cougars will play their final game of the regular season on Tuesday, Nov. 21 against Loyola Marymount at the Smith Fieldhouse.

The BYU women’s basketball team earned their second win of the year with a 73–69 victory over Eastern Washington on Friday night.

Down 15–9 after the first quarter, the Cougars fell behind even further, 23–11, with just under eight minutes remaining in the half. A minute and a half later, senior guard Cassie Broadhead Devashrayee sparked the Cougar offense by nailing a jumper and two free throws. Freshman guard Paisley Johnson then made back-to-back layups to tighten the game, and BYU trailed 31–27 at halftime.

A back-and-forth third quarter had the Cougars still down by four (53–49) to start the fourth quarter. BYU took the 59–57 lead with 5:20 left in the game and then extended their lead to 65–57 thanks to five straight points from Devashrayee. Eastern Washington was able to pull within four (66–62) with just over a minute to go, but Devashrayee hit six free throws to seal the 73–69 victory.

“I thought we played a great second half,” BYU head coach Jeff Judkins said. “We were a lot more patient and ran the plays that we needed to. We have a long way to go, but we’ve made some improvements. I thought our bench really played well, especially in the first half.”

With a 2–1 record, the Cougars will battle UVU in the UCCU Crosstown Clash on Tuesday, Nov. 21 at the Marriott Center.

Despite the loss, senior middle blocker Madison Dennison earned a career-high with 20 kills on .533 hitting. She also became UVU’s single-season record holder in total blocks with 191 and block assists with 173. Three Wolverines posted double-doubles in the loss. Senior setter Sierra Starley had 46 assists and 11 digs while senior outside hitter Lexi Thompson had 11 kills and 13 digs. Freshman outside hitter Kristen Allred finished the night with 10 kills and 11 digs.

“I’m proud of our girls,” UVU head coach Sam Atoa said. “We fought hard, in fact that was one of our best efforts in terms of being able to fight. But unfortunately it didn’t go our way. I’m very proud of the team’s resolve and the way that they continued to get after it especially there at the end. We felt like we had a chance, but we just weren’t able to convert a few opportunities in those tight sets.”

The match was the fourth straight win for UTRGV over UVU and the third straight year that they eliminated the Wolverines from the WAC Tournament. With the loss, UVU finished the year with a 15–16 overall record.

The UVU men’s basketball team beat UC Davis 80–71 at home on Saturday afternoon. The victory evens their record at 2–2.

“I’m really proud of our guys,” UVU head coach Mark Pope said. “UC Davis is a championship team who won their conference last year and went to the NCAA Tournament. We knew this was going to be a really hard game, but the guys hung in there and we made some shots to come away with a big-time win.”

Trailing 37–33 at the half, the UVU offense scored 12 points in the first five minutes of the third quarter to take the lead. UC Davis was able to keep it close but a 12–0 UVU run in the fourth quarter sealed the Wolverine victory. Utah Valley outscored UC Davis 47–34 in the second half to win the game by nine.

In a true team effort, four Wolverines scored in double figures including guard Kenneth Ogbe with a game-high 21 points. Senior center Akolda Manyang and junior guard Conner Toolson each scored 16 and sophomore guard Jake Toolson contributed with 13 points. The team also shot 50 percent from three-point range and 49.1 percent from the field overall. They also went 14 for 16 from the free throw line.

Looking for their third win of the season, the Wolverines will face Eastern Oregon on Monday, Nov. 20.

MBB | Here are the first half highlights, brought to you by the good people at the @UCCUcenter!#ProtectTheDen pic.twitter.com/bNT5WkyiVt