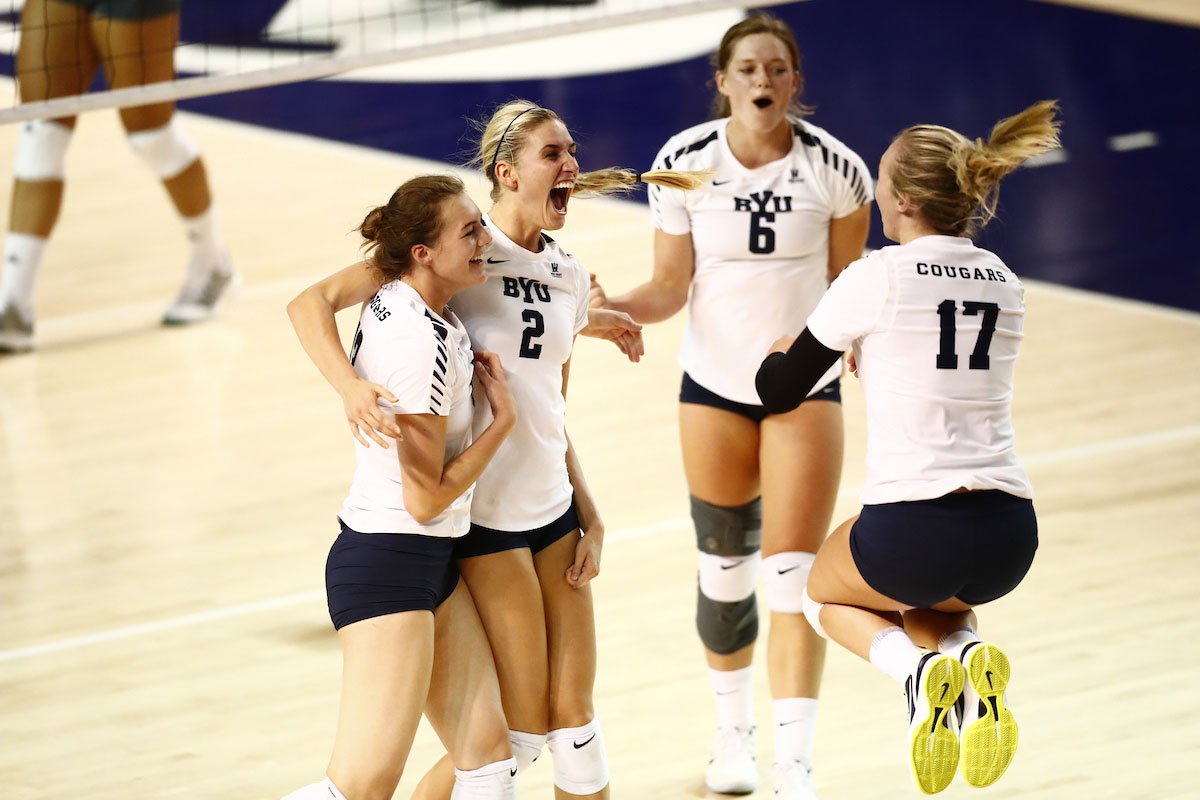 The BYU women’s volleyball team celebrates a point during a game. BYU will host the first round of the NCAA Tournament at the Smith Fieldhouse this weekend. (Photo by BYU Photo)

With a 17–1 conference record and a 28–2 overall record, the BYU women’s volleyball team is the No. 13 seed in the upcoming NCAA Tournament and will host the first two rounds at the Smith Fieldhouse.

The Cougars are set to face American University on Friday night in Provo. Kennesaw State and Oregon will also play in Provo on Friday with the winner taking on either BYU or American in the second round on Saturday.

“We’re excited to be hosting the first and second rounds of the NCAA Tournament,” BYU head coach Heather Olmstead said. “We look forward to opening up the tournament against a very good American team as well as hosting Kennesaw State and Oregon.”

The Cougars secured the West Coast Conference title for the fourth straight year with a win over Loyola Marymount in their final regular season game last Tuesday, Nov. 21. Their 17–1 conference record was matched by San Diego — who was BYU’s only conference loss — but the Cougars held the tie-breaker to take first place. BYU’s only other loss this season came against Baylor back in early September.

BYU’s dominant season included an eight-game, 13-game and seven-game winning streak. Out of their 30 regular season games, the Cougars swept 18 of their opponents and won in four sets six other times. The team played equally well on the road and at home. With a 3–1 neutral site record, BYU was 12–1 at home and a perfect 13–0 on the road. The Cougars are the No. 13 seed for the third year in a row and will look to advance to the regional semifinals for the sixth-straight year — something the team knows they are capable of.

“This season I felt really good about our chances. During spring and summer, we all worked together and fought together and that in itself says a lot about our team in what we want and how bad we want it.” — Cosy Burnett, BYU senior

“This season I felt really good about our chances,” said senior middle blocker Cosy Burnett. “During spring and summer, we all worked together and fought together and that in itself says a lot about our team in what we want and how bad we want it. So I kind of knew going into the season that we have a special team and it was going to take work and a lot of heart and discipline but that we had a chance to do something really special.”

Standing in their way of advancing in the tournament is the American University Eagles. At 26–7 overall and 15–1 in the Patriot League, the Eagles are flying high on an 18-game win streak. Their last loss came against Navy at the end of September.

BYU will have their hands full with American as the two teams are evenly matched. The Eagles average 13.72 kills per set while the Cougars average 13.6 kills per set. While BYU has a .273 hitting percentage, American holds a slight edge with a .285 hitting percentage. The Eagles also hold the small advantage with 12.78 assists per set compared to BYU’s 12.7 assists per set. The Cougars do hold the advantage in blocks, averaging three per set over American’s 2.34 blocks per set. Lastly, BYU’s 13.3 digs per set is a little less than American’s 14.94 digs per set. BYU is 3–0 all-time against American, but the last match was back in 2008 when the Cougars won in four sets.

Prior to the tournament, six Cougars were recognized for their outstanding regular season play on Monday including sophomore libero Mary Lake, who was named the WCC Defender of the Year and named to the All-WCC First Team. Burnett and junior outside hitter Veronica Jones-Perry were also named to the WCC First Team. Junior setter Lyndie Haddock and sophomore outside hitter McKenna Miller were All-WCC Honorable Mentions and middle blocker Kennedy Redding was named the WCC Freshman of the Year. BYU will need to rely on this balanced team attack if they want to advance to the second round.

The Cougars will battle the Eagles at the Smith Fieldhouse on Friday, Dec. 1 at 7 p.m. The winner will then face either Kennesaw State or Oregon in the second round on Saturday, Dec. 2 at 7 p.m. in Provo. Saturday’s match winner will play in the regional semifinals on Dec. 8.

Coming and going: movies and shows on Netflix in December 2017 Previous post 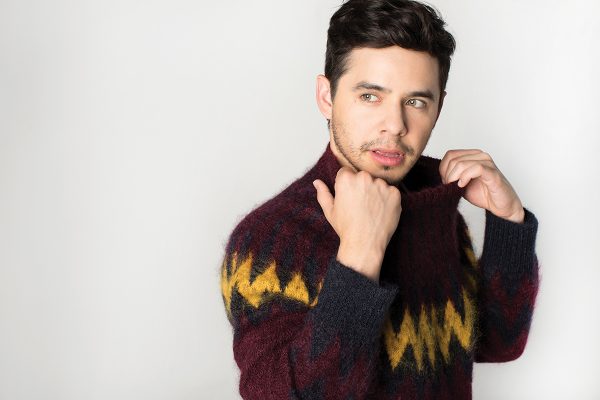