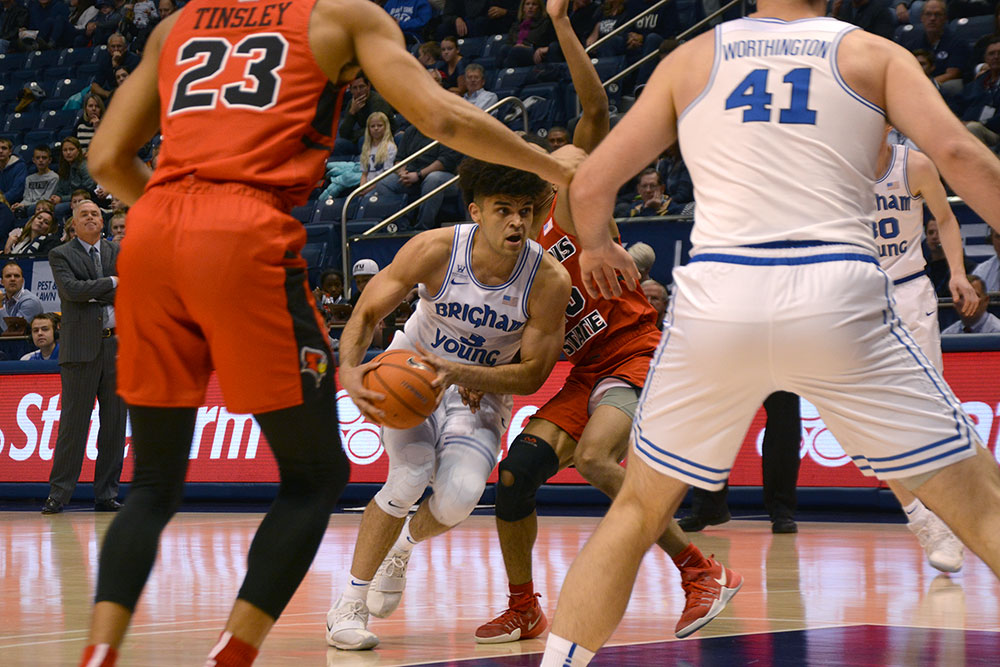 BYU basketball beat Illinois State 80–68 on Wednesday night despite being outplayed in the second half.

“We’ve had a lot of games where the first half is not good and the second half they come out and play tremendous,” said BYU coach Dave Rose. “It’s a real learning period for your team of growth in not letting a big half get away from you in the second half.”

“The second half (Illinois State) came out with a whole different mindset, played a lot more man-to-man defense, but they hit a couple of threes early,” Rose said. “As a team that makes an average of 10 threes per game, you knew you weren’t going to keep them at zero makes in the second half.” 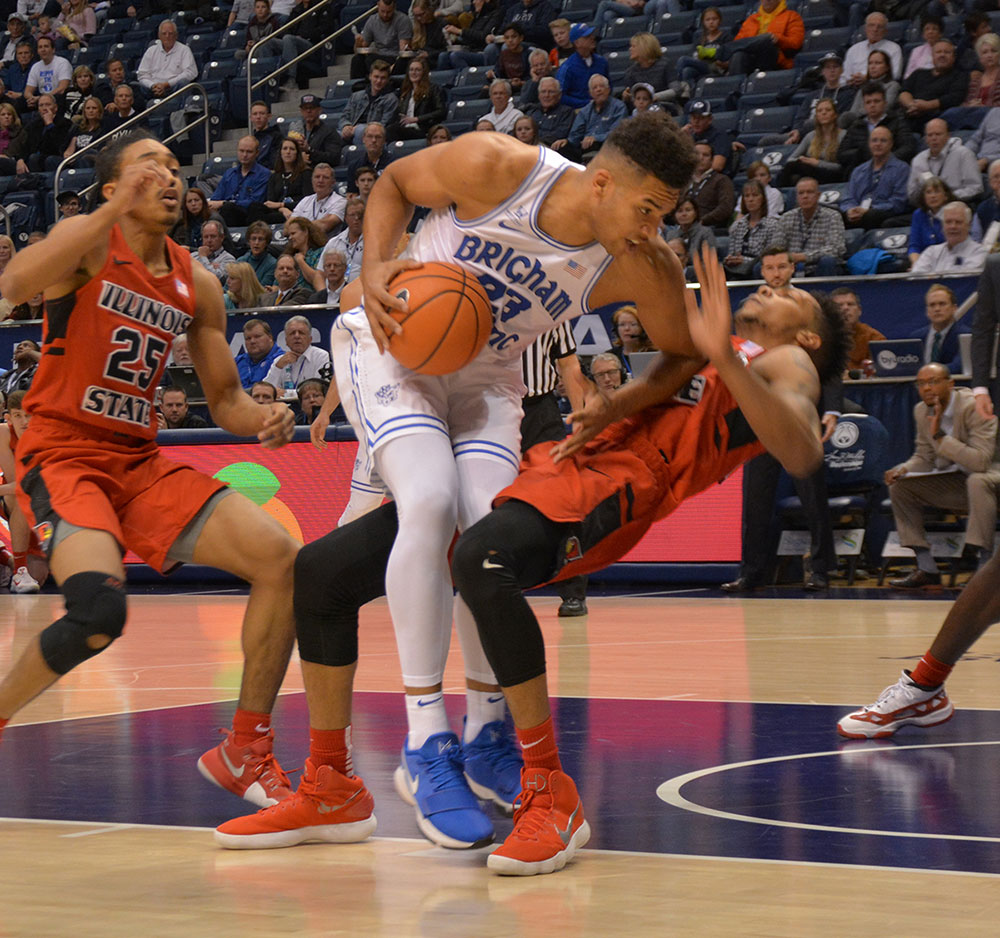 BYU sophomore Yoeli Childs fouls an Illinois State player during a game in the Marriott Center. Childs had 17 points and seven rebounds in BYU’s 80–68 win over the Redbirds. (Photo by Rebecca Lane/UV360)

In the second half, Illinois State sang some sort of basketball lullaby that lulled the Cougars to sleep as the Redbirds quietly crept closer by the minute. In a tale of two halfs, the Redbirds changed their low-scoring first half and more than doubled their efforts in the second half with 51 points. But a lot of that was the Cougars falling apart on defense, according to BYU sophomore TJ Haws.

“In the first half, we really defended as a team,” Haws, who led BYU in scoring with 20 points, said. “The second half we went away from that. Give credit to Illinois State; they’re a great shooting team. But we definitely could have done a lot better in the second half.”

In addition, Rose blamed the Cougars getting outscored 51 to 41 in the second half on offensive impatience. Rose said his players had been patient on offense against the zone in the first half, but lost its discipline in the second half when the Redbirds switched over to man-to-man defense.

Overall, Rose is proud of what his team accomplished in its win over Illinois State, especially as the game was packaged between four in-state rivalry games.

Despite having a difficult defensive assignment, BYU junior Elijah Bryant contributed 17 points, nine rebounds and nine assists in a near triple-double effort.

“When there is an opening, (Bryant) can find it, drive it and he’s really good about finishing with contact,” Rose said.

The Cougars next play Weber State at Vivint Smart Home Arena on Saturday, Dec. 9 at 8 p.m. as part of the Beehive Classic. The game will be broadcast on BYUtv.

10 coolest entrepreneurs: These business cool kids will knock your socks off Previous post

BYU women's volleyball to face Kentucky in Sweet 16 Next post