BYU women’s volleyball falls to No. 4 Kentucky in Sweet 16 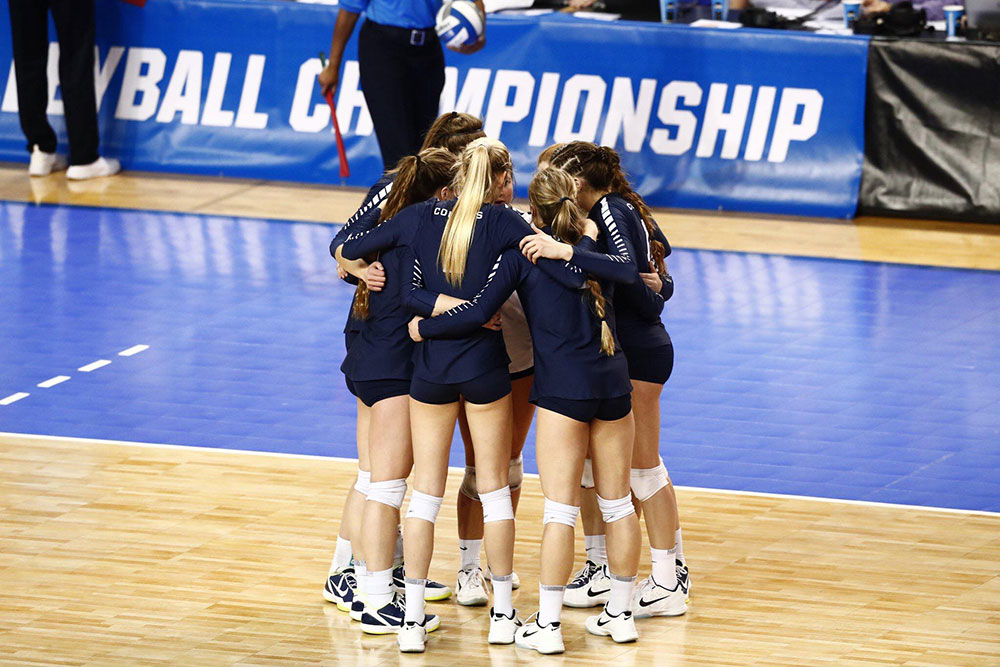 BYU women’s volleyball team lost to No. 4 Kentucky in five sets in the Sweet 16 round of the NCAA Tournament. (Photo by BYU Photo)

“I’m very proud of the match our team played today,” BYU head coach Heather Olmstead said in a press release. “All year we’ve challenged them to work hard to see how good we could be, and we saw that we are a really good team. Congratulations to Kentucky on a great match.”

The Cougars started off the first set of the match with an incredible defensive effort, earning the first set win 25–10. The tide shifted in the second set as the Wildcats came out swinging. Unable to find an offensive presence besides junior outside hitter Veronica Jones-Perry, Olmstead started looking down her bench to find someone who would ignite an offensive fire under here team. She subbed BYU junior outside hitter Danelle Stetler, who quickly put away three kills for the Cougars, but it wasn’t enough to win the second set. BYU lost 25–17.

Returning to the court for the third set, the Cougars gained control of the game once again. Jones-Perry started the team off with two quick kills. Nearing the end of the set, senior middle blocker Cosy Burnett earned back-to-back kills which was followed by a Lacy Haddock ace, putting BYU in the lead 22–21. In the end, BYU won the third set 25–22 on a Kentucky net violation.

Despite digging themselves in a hole in the first set — going down 16–10 — the Cougars tried to fight their way back into the match, but ended up losing the fourth set 25–18.

BYU came out with a renewed energy in the fifth set, taking an early lead 5–1. But in a true Sweet 16 game, Kentucky went on a 3-0 run to causing the Cougars to call a timeout with the score at 6–5. A Perry kill out of the time out gave the Cougars the ball back. But then the tide truly shifted. Kentucky gained control of the game and took the lead. Down 10–7, BYU called another timeout. Besides a Burnett kill coming out of timeout, the Cougars only scored one more time as the Wildcats took the match by winning the fifth set 15–9.

This was the Cougars sixth-straight Sweet 16 appearance in the NCAA Tournament. The Cougars finish their season with an overall record of 30–3, earning the West Coast Conference title.