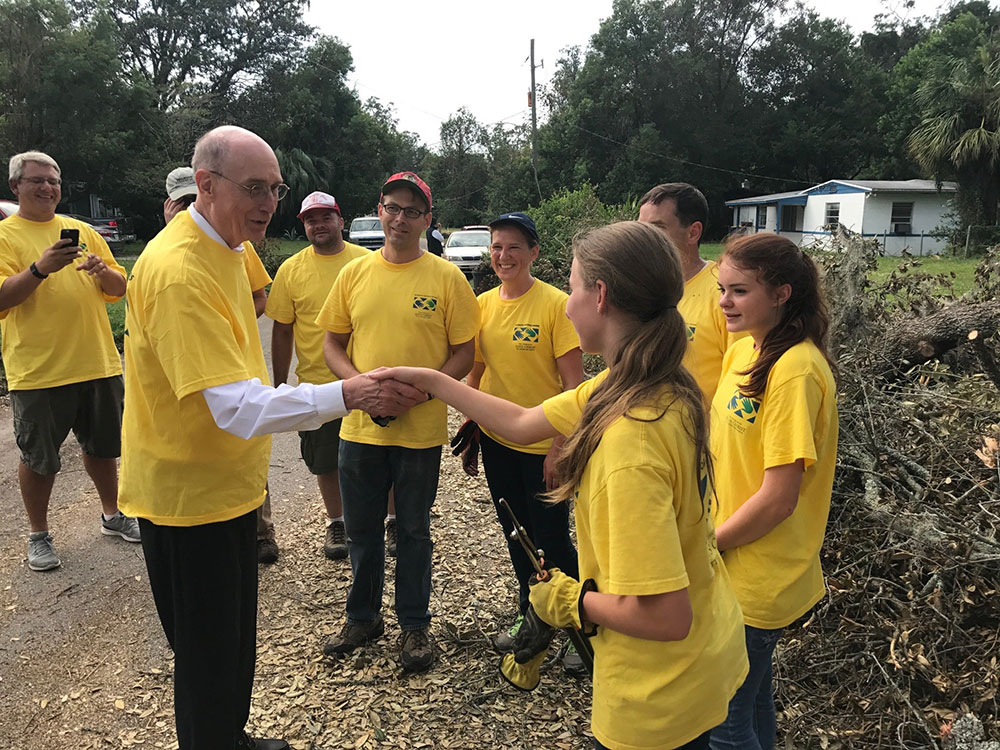 President Henry B. Eyring, first counselor in the First Presidency of The Church of Jesus Christ of Latter-day Saints, visited with government officials and ministered to local Mormons and residents in the Caribbean Friday, September 15, 2017. (Photo courtesy LDS Church)

The Church of Jesus Christ of Latter-day Saints is sending its first group of missionaries back to Puerto Rico, the church announced Friday morning. In the first group, 14 young elders and two senior couples are returning to St. Croix and St. Thomas.

Hurricane Irma wrecked havoc in the Atlantic Ocean from Aug. 30 – Sept. 11 while Maria tore through the western Atlantic Ocean from Sept. 16–30. Following hurricanes Irma and Maria, the LDS Church evacuated more than 150 missionaries serving in the Puerto Rico San Juan Mission on Sept. 22. Those missionaries were temporarily assigned to different missions while the church evaluated the damage in Puerto Rico.

The LDS Church sent supplies to Puerto Rico following the aftermath of the hurricanes. Thousands of volunteers with Mormon Helping Hands helped distribute these supplies and clean up the destruction caused by the hurricanes. In September, President Henry B. Eyring, first counselor in the First Presidency of the LDS Church, visited with government officials and ministered to local Mormons and residents in the Caribbean.

Puerto Rico has one Mormon mission and 23,000 church members in 41 congregations. Learn more about the church’s contributions in Puerto Rico at mormonnewsroom.org.

BYU women's volleyball falls to No. 4 Kentucky in Sweet 16 Next post