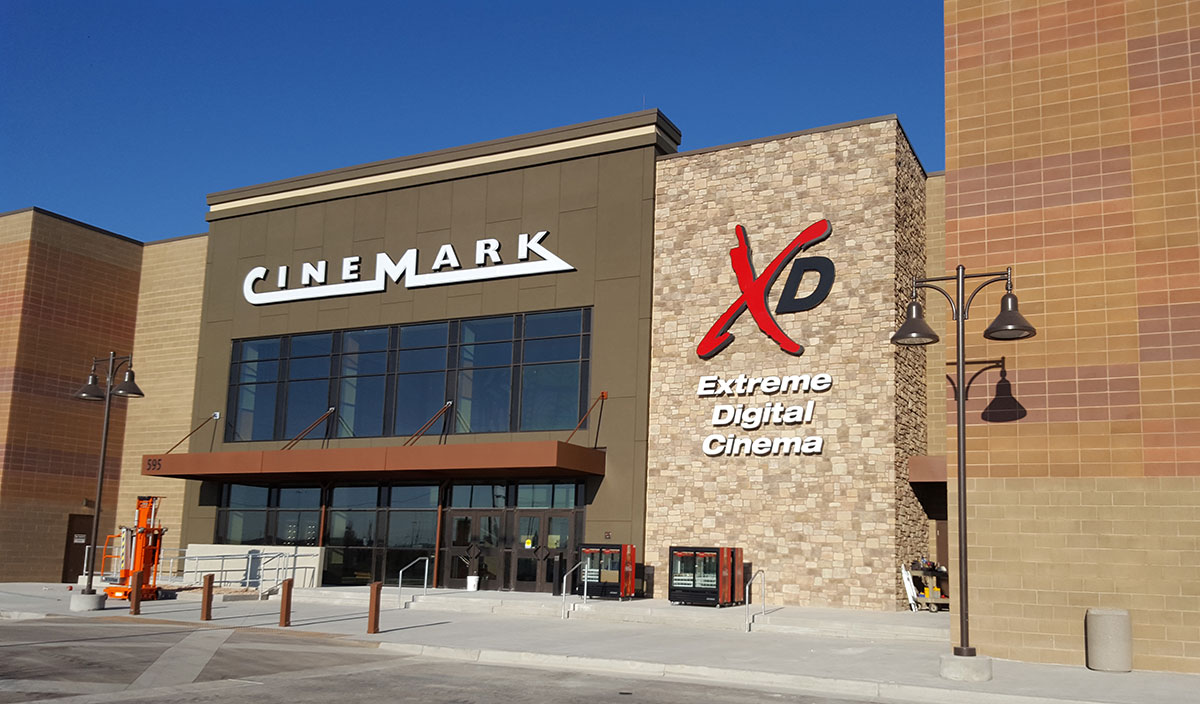 The Spanish Fork Cinemark has eight theaters, one of which is a XD auditorium. The theater opens on Thursday, Dec. 14. (Photo by Stacy Beck/UV360)

After being without a movie theater for a year, Spanish Fork residents are receiving an early Christmas gift — the Cinemark is opening on Thursday.

And it turns out the force is strong with this movie theater. Cinemark’s goal was to open the south Utah County theater — located in the area near Interstate 15 and U.S. Highway 6 — in time for the premiere of the most recent installation of saga about a galaxy far, far away: “Star Wars: The Last Jedi.”

“Star Wars is a huge film, highly anticipated,” said Madelyn Rybczyk, marketing manager for Cinemark. “Everybody looks forward to this opening. It’s important for us to have this theater open for Spanish Fork in time to see this highly anticipated movie in a brand new state-of-the-art theater.”

While Star Wars was the motivator, the new Spanish Fork movie theater will be showing more than the space thriller in its first few weeks. Other movies include “Jumanji: Welcome to the Jungle,” “Pitch Perfect 3,” “Ferdinand,” “The Greatest Showman” and “Downsizing.”

Every one of the 800 seats in the eight-screen theater is equipped with luxury loungers. These loungers are electric powered recliners that include a foot rest and cup holder. Plus, one of the theaters is a XD auditorium, which is a state-of-the-art projector capable of displaying 35 trillion colors. “Star Wars: The Last Jedi” will be showing on multiple screens, including the XD screen.

“If you’re going to see Star Wars this weekend, you need to see it in the XD auditorium, sitting in the recliners. That’s the best experience someone will ever have if they are a Star Wars enthusiast.” — Madelyn Rybczyk, marketing manager for Cinemark

“If you’re going to see Star Wars this weekend, you need to see it in the XD auditorium, sitting in the recliners,” Rybczyk said. “That’s the best experience someone will ever have if they are a Star Wars enthusiast.”

Instead of the traditional box office, the Spanish Fork theater will only have self-service digital kiosks. Theater-goers are encouraged to purchase their tickets online beforehand, especially since all the seats are reserved. For people using the self-service kiosks, customer service employees will be available to assist with any questions.

“We definitely are hearing feedback, all positive,” Rybczyk said. “People are very excited about it. It is a providing the latest hottest blockbusters that Hollywood provides. We know that folks in Spanish Fork are huge movie fans. For us to be able to provide this theater right in their backyard was so important for us and even more important for us to get it open in time for Star Wars.”

Rybczyk says the IT experts are currently getting the movie showtimes online for opening day. She hopes people will be able to purchase tickets at cinemark.com by Wednesday afternoon or Thursday morning at the latest.

The new theater is located in the new Canyon Creek development in Spanish Fork. Canyon Creek — a 220-acre mixed-use development project located along Highway 6 at exit 257 off of I-15 — is a 245,000 square foot expansion project by Woodbury Corporation, WPI Enterprises and other partners. Eventually, the development will include a new Intermountain HealthCare hospital.

Many of the stores at Canyon Creek are already open including Ace Hardware, Downeast, Famous Footwear, Petco, Maurices, TJ Maxx and Ulta. Ross will open sometime in February 2018.

Volunteers wrapping for a good cause at University Place Next post