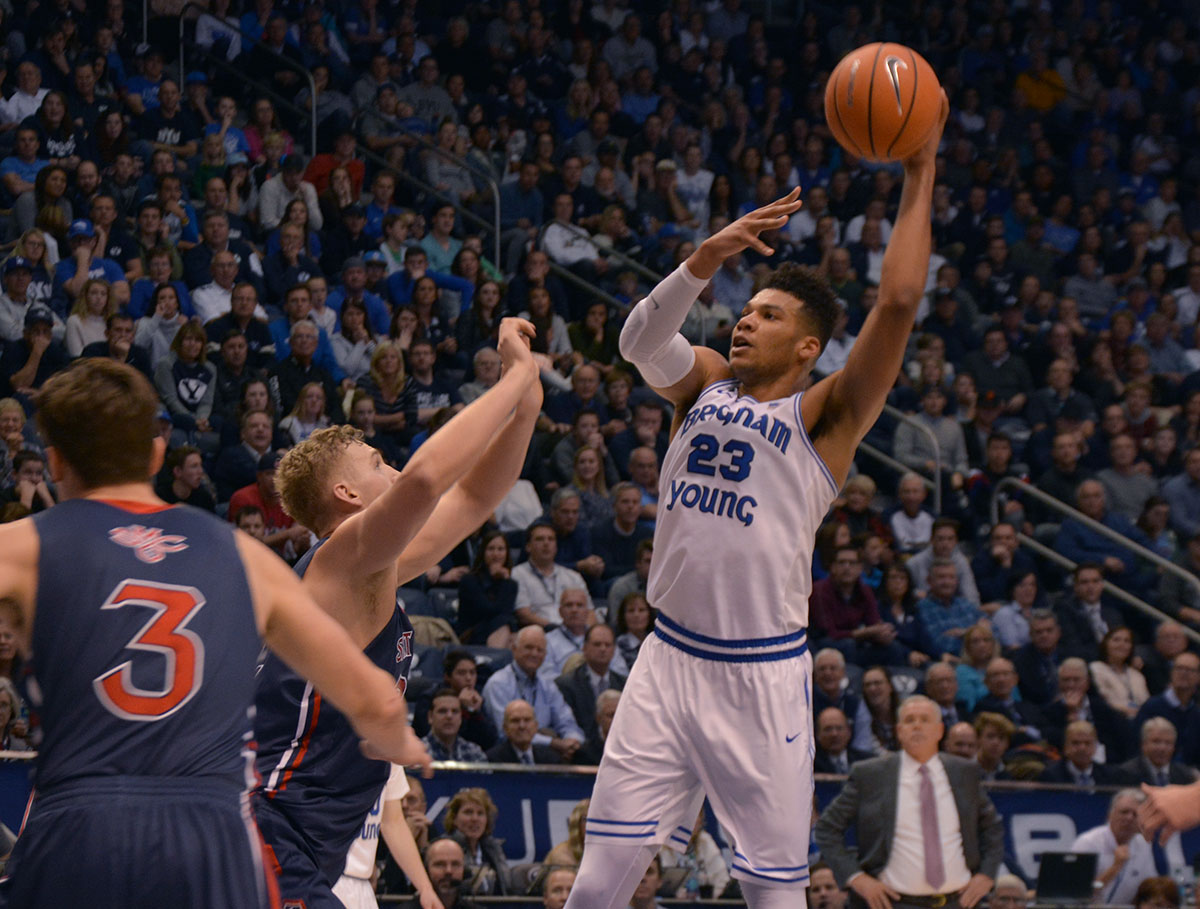 It’s the situation teams dream of.

With the score tied at 60–60, BYU gained possession of the ball with just 20 seconds remaining in the game, meaning they would be the last team to shoot the ball. All they needed was one made basket. Unfortunately, the play the team drew up didn’t work and the shot sophomore Zac Seljaas put up fell off the mark.

The overtime play proved too much for the Cougars as they lost 74–64.

“Sometimes you compete and you go after it and you just don’t get the results you want,” said BYU coach Dave Rose. “I think that’s how you describe this game. The guys played hard, they played well enough to win. We just didn’t finished it off.”

Despite leading the majority of the game, the Cougars looked like a different team in the five minutes of overtime play compared to the first 40 minutes of the game. The Cougars missed jump shots and allowed the Gaels 11 3-point attempts. SMC outscored BYU 14 to four in overtime.

“It came down to execution,” Rose said. “We had plenty of opportunities to find a way to win that game and Saint Mary’s was just better at it late.”

SMU has three seniors on the roster that Rose says have played more than 120 collegiate games together, a vast contrast to BYU’s seniorless roster.

“Saint Mary’s, they are a very good team,” said BYU guard TJ Haws. “They’re experienced. They have a lot of good talent. They’re very poised, so in game situations like that they’ve been there and they made very tough plays down the stretch that gave them the edge at the end.”

Both teams were carried by their forwards in what would be considered a West Coast Conference forward showdown. Two of the conference’s top centers — BYU sophomore Yoeli Childs and SMC’s senior Jock Landale — faced off in the post. Childs and Landale both ended the regulation game with 29 points, nearly half of their individual team’s points. Landale would go on to score two free throws in overtime play while Childs was scoreless in the five minutes.

“I think we’re learning and I wouldn’t doubt us down the road.” — TJ Haws, BYU guard

“He is definitely really skilled,” Rose said about Landale. “He has such great size and length. He’s able to move our guys off their mark.”

BYU started the game gaining momentum, but only ever held a lead as large as eight points in the first half. Saint Mary’s diced away at that lead and went into the locker room only down by two. SMC’s Cullen Neal drilled a 3-pointer at the last second of the first half, cutting the lead to 31–29.

The Cougars started strong again in the second half with a pair of forced turnovers on the defensive end. It wasn’t until there was only 3:16 remaining in the game that Saint Mary’s finally took the lead, going up 56–55 as Rose called a timeout. The teams battled back and forth in the final minutes until the Cougars gained possession with 20 seconds remaining and a tied scored.

And then that fateful missed 3-pointer sent the Cougars to overtime play. However, the Cougars don’t regret the play choice.

“We called a high-screen roll and we had shooters all around,” Haws, who scored seven points and five assists in the loss, said. “We trusted Eli was going to make the play. I’d take Zac’s shot 10-out-of-10 times again. I thought it was going down and Zac’s a heck of a shooter. I’d give that to him again any day.”

BYU junior Elijah Bryant scored 16 points and had five assists. Bryant and Childs were the only two BYU players who scored in double figures.

After a nine-game winning streak, Rose calls the loss a good benchmark. The players are looking at the loss as a early-season lesson.

“We learned a ton of things. The most important thing we learned was we need to be consistent throughout the whole game,” Childs said. “We need to continue to take away things that teams are good at and towards the end we stopped doing that. It’s a good way for us to refocus. We’re on a good streak and now that’s done. We can just get in the gym now on Monday and work our butts off and be ready to play again next week.”

10 New Year's resolutions from the prophets for 2018 Next post