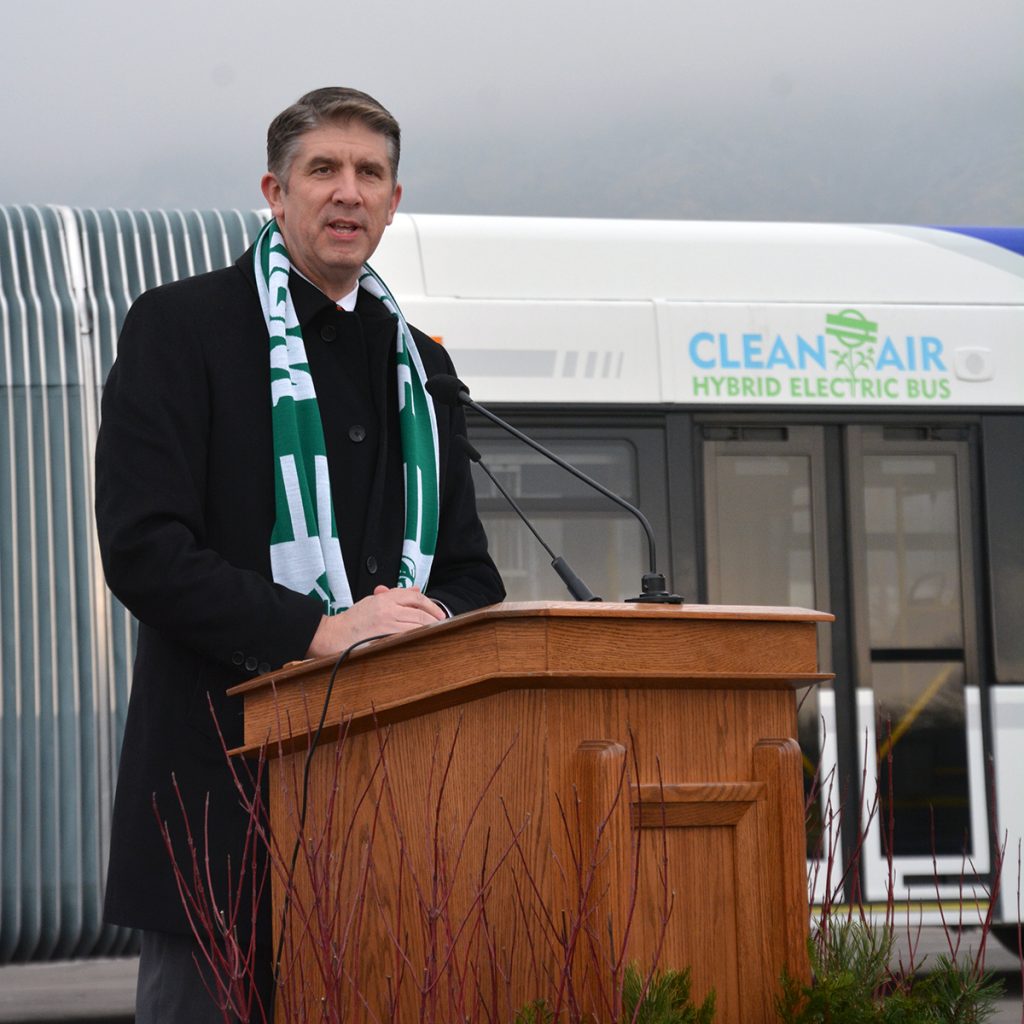 UVU President Matthew Holland speaks about UVU’s partnership with the Utah Transportation Authority to provide passes for its students starting in August 2018. (Photo by Rebecca Lane/UV360)

Utah Valley University President Matthew Holland will serve as the mission president for The Church of Jesus Christ of Latter-day Saints in Raleigh, North Carolina, Holland announced on Twitter Friday.

So we got a little news over the holidays. . . Come July 1, it’s the North Carolina, Raleigh Mission for us! #calledtoserve #sothrilled pic.twitter.com/d4jXtsxiqS

In early November, Holland announced that he was called to serve as a mission president starting in July 2018, but he didn’t announce the exact location of his service. He did say it was an English-speaking mission.

“Serving at UVU is a signal honor and daily joy,” Holland wrote in the letter to students following the initial announcement. “Our effort to build a thriving university that also retains a comprehensive community college mission is immensely rewarding and one of the great causes in higher education today.  At the same time, I absolutely cherish my faith and am honored and grateful for the unexpected privilege to serve in this new ecclesiastical role.”

In the 2014 legislative session, UVU was awarded a $21 million new, ongoing funding to put UVU on a more equitable level with the other institutions in the Utah System of Higher Education. Also in 2014, UVU acquired 225 acres of land on the old Geneva Steel site in Vineyard. Holland worked with Tom Holdman to bring “Roots of Knowledge” — 80-panel, 60,000-piece Roots of Knowledge glass installation on the western wall of the UVU library — to campus.

Holland will serve as UVU’s president through June 2018. The university is actively searching for it’s new president. It is currently accepting applicants and nominations through Feb. 2, 2018. Following the deadline, the UVU Presidential Search Committee will interview applicants and recommend several to the Utah State Board of Regents.

10 New Year's resolutions from the prophets for 2018 Previous post