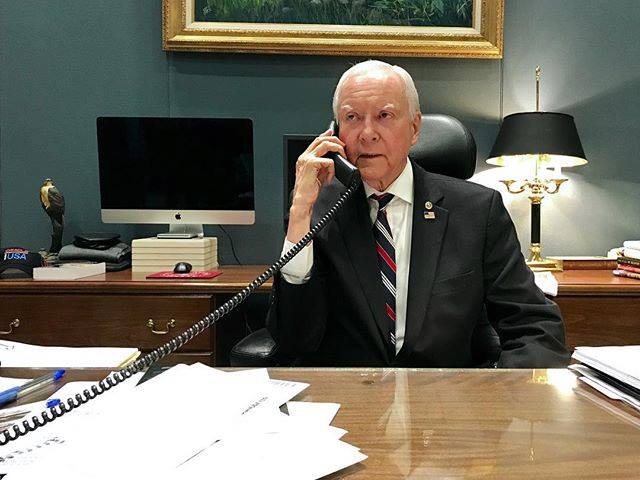 Sen. Orrin Hatch announced he will retire at the end of his term in January 2019. (Photo courtesy of Facebook)

Sen. Orrin Hatch will retire at the end of the term in January 2019, he announced on Twitter Tuesday afternoon.

“When the president visited last month, he said I was a fighter,” Hatch said in the announcement. “I’ve always been a fighter. I was an amateur boxer in my youth and I brought that fighting spirit with me to Washington. But every good fighter knows when to hang up the gloves. And for me, that time is soon approaching.”

Hatch, the longest-serving GOP senator in U.S. history, said he made the decision after careful consideration.

“After much prayer and discussion with family and friends, I’ve decided to retire at the end of this term,” Hatch said. “Although I will miss serving you in the Senate, I look forward to spending more time with family, especially my sweet wife Elaine, whose unwavering love and support made all of this possible.”

In 1977, Hatch began his service as a senator. The 83-year-old senator will retire when the term ends in January 2019.

Listen to the full announcement below.