BYU basketball steadily improving, ready to bounce back from loss 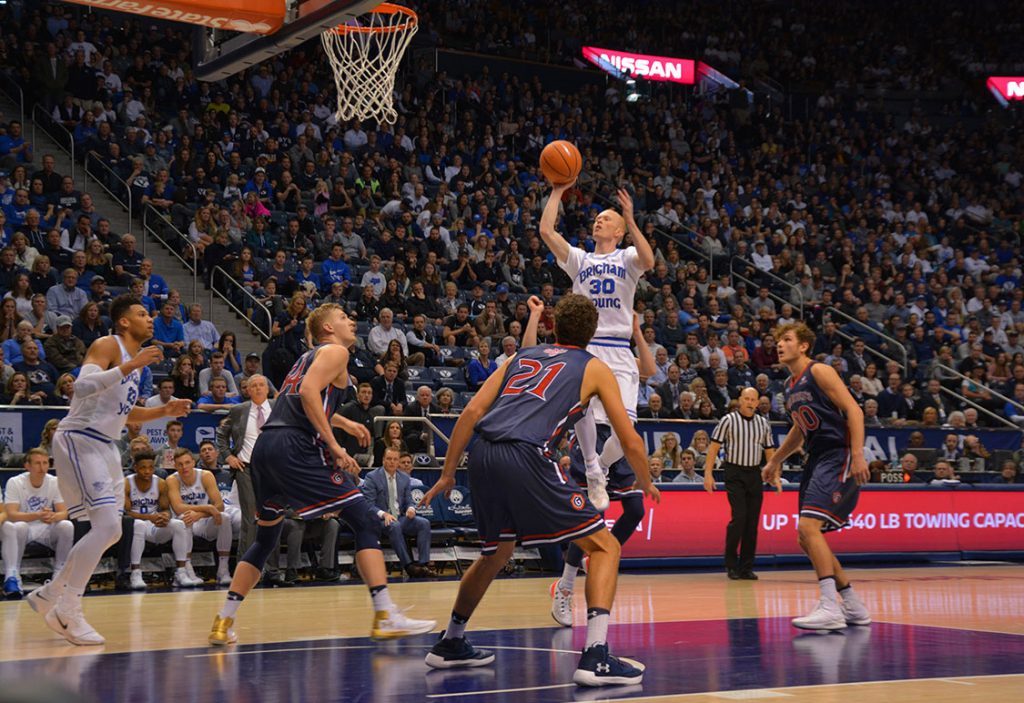 BYU basketball was on a nine-game winning streak until Saint Mary’s showed up in Provo on Saturday.

Despite leading the majority of the game, the Cougars lost 74–64 to the Gaels in overtime. The loss was disappointing, but BYU coach Dave Rose said the game “gives us a good benchmark of where we are.”

Last season, the Cougars lost three games to the Gaels, including a 81–50 whomping in the West Coast Conference Semifinal. An overtime, thus, calculates to improvement as long as the Cougars respond positively to the loss.

“The most important thing for this group of guys right now is to see how we respond to last weekend and then continually improve and get better,” Rose said. “I think our team is much improved from Nov. 11th when we started. We improved all through December and, hopefully, we can continue to improve all through January.”

Now the Cougars have a new challenge as they set out for their first conference road game. Thus far, the Cougars have played nine of their 15 games at homes this season. BYU first travels to San Francisco on Thursday and then to Pacific on Saturday.

[pullquote]“The most important thing for this group of guys right now is to see how we respond to last weekend and then continually improve and get better.” — Dave Rose, BYU basketball coach[/pullquote]

“We haven’t let [the loss] be a setback for us,” said BYU sophomore Payton Dastrup. “We know that San Francisco is a really good team and we are going to be at their place, which is always a different experience playing on the road. Just execution on the small and simple things are what we talk about and what I feel like could have made a difference in [the Saint Mary’s] game and what’s going to impact the success we have the rest of this conference play.”

“We’ll see how we respond to the emotional letdown of the game the other night,” Rose said. “We hadn’t lost in a long time. We’ve got to turn around and put that aside, so we’ll see what our group is made of, especially against a team where you look at what they do and you look at what we have a hard time with and they’re really good at it.”
Rose pointed to the Dons’ savvy 3-point shooting ability as one of the main challenges for the Cougars.

BYU plays San Francisco on Thursday, Jan. 5 at 9 p.m. MST. The game will be broadcast on the AT&T SportsNet and NBC Sports CA.

Shaw returned from an injury last week, but will once again sit out as he rolled his ankle in Tuesday’s practice. Nixon last played on Dec. 6 against Illinois State and has been sitting out with a foot injury since. Andrus hasn’t played in any games during the 2017–18 season because of a knee injury. Rose said the staff recently learned Andrus will need to go in for a procedure on his other knee, which may officially keep him from returning this season.