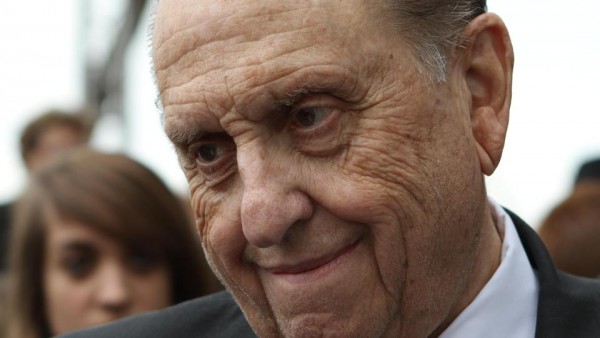 President Thomas S. Monson, 16th president of The Church of Jesus Christ of Latter-day Saints, died on Jan. 2 at 10:01 p.m. in his home in Salt Lake City surrounded by his family. At the age of 90, he died of causes incident to age.

Funeral arrangements will be announced later this week. The Church’s Quorum of the Twelve Apostles will not formally choose a successor until after President Monson’s funeral, the LDS Church announced.

“President Thomas S. Monson was a mighty Prophet of God and we are honored to have served by his side these past 10 years,” said First Presidency members President Henry B. Eyring and President Dieter F. Uchtdorf in a statement. “His far-reaching and multi-faceted ministry touched the lives of people from all walks of life in remarkable ways. As a result, President Monson’s legacy will continue to be an influence for good in the lives of countless individuals and families for generations to come. To his family, we extend our most sincere condolences and love.” 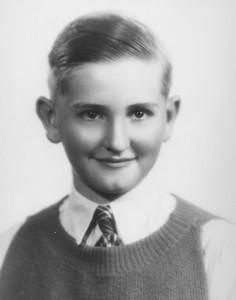 During his nearly 10-year tenure as president of the LDS Church, the church saw unprecedented growth in the church’s missionary efforts. The minimum required age for missionary service changed with President Monson’s historic announcement in October 2012, allowing young men to serve at age 18 and sisters at 19.

In the wake of that announcement, the church’s missionary force grew from 58,000 to nearly 80,000 one year later. The church also created 58 new missions in 2013, bringing the total number of missions to 405. Today the Church has 422 missions.

President Monson also encouraged donation to the church’s Temple Patron Fund, which provides means for members in remote areas a one-time trip to the temple to receive their temple ordinances. During his time as president, church membership grew from 13 million in 2008 to nearly 16 million members worldwide. 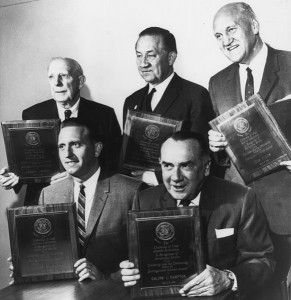 Thomas S. Monson receives the distinguished alumni award from the University of Utah in 1966. (Photo courtesy of thomassmonson.org)

President Monson’s life was characterized by loving service to the lost, alone and needy, and he frequently encouraged Church members to serve. He knew well the rewarding experience of following a prompting in order to help the Lord answer prayers.

“The sweetest experience I know in life is to feel a prompting and act upon it, and later find out that it was the fulfillment of someone’s prayer or someone’s need,” he once said. “And I always want the Lord to know that if He needs an errand run, Tom Monson will run that errand for Him.” 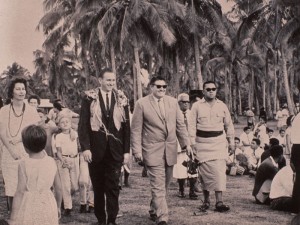 In 1966, President Monson received the University of Utah’s Distinguished Alumnus Award. He received the Minuteman Award from the Utah National Guard and BYU’s Exemplary Manhood Award in 1997, then received the Continuum of Caring Humanitarian Award from the Sisters of Charity of St. Joseph Villa along with his wife, Frances, in 1998. He was given the Joseph and Hyrum Smith Award as “Communicator of the Year” from the LDS Public Relations Society in 2000, the Legacy of Life Award by the Heart and Lung Research Foundation in 2005, and Rotary’s Worldwide Humanitarian Award in 2007.

President Monson was a leader in the Church his entire adult life and celebrated 50 years as an apostle in October 2013. He was first called to be a bishop when he was a newly married 22-year-old living in the Sixth-Seventh Ward in Salt Lake City. The ward had 1,060 ward members, including 85 widows he loved and cared for throughout his life. Even after his release as bishop, President Monson visited each widow on Christmas, often bringing a hen he raised in his own chicken coop as a gift. He spoke at each of the 85 funerals — once three in a single day — even with his tight travel schedule and extensive responsibilities as a general authority. His inspiring talks and sermons, many of which dealt with service, often included accounts of his experiences with these widows. 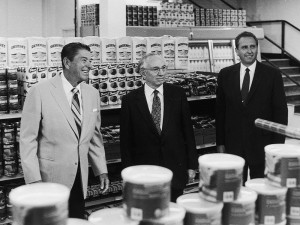 President Monson was called to the Temple View Stake presidency in 1955 following his service as bishop. In 1959, he was called to serve as president of what was then the Canadian Mission, headquartered in Toronto. President Monson enjoyed sharp intellect and a great memory, and after one tour of the mission he knew every missionary’s name and many of the members’ names.

At 31, President Monson wasn’t much older than the missionaries he was called to lead. But his natural leadership was evident, and the missionaries worked effectively under his leadership. The first stake in Canada (and 300th in the Church) was organized during his time as mission president.

“He lifted everyone everywhere he went,” said F. Wayne Chamberlain, who served as a missionary under President Monson. “He completely energized the entire mission. With what I saw there, I truly believe he could have become the successful chief executive officer of any major corporation in the world.”

President Monson returned to Salt Lake in 1962 and was called to the apostleship the next year. Not long after his calling to the Twelve, Elder Monson was assigned to preside over the church’s European missions. Germany was still recovering from World War II at the time, and the Saints in communist-controlled East Germany had many restrictions on their ability to worship. 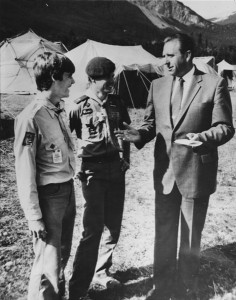 President Thomas S. Monson visits with Boy Scouts in 1970. President Monson served on the National Executive Board of BSA for more than 40 years. (Photo courtesy of thomassmonson.org)

Despite discouragement from the U.S. State Department, Elder Monson entered East Germany to visit the Saints. They enjoyed very little of what the Church had to offer — they had no patriarchs, no access to a temple, no missionaries, and limited access to church publications (though Elder Monson once memorized much of the General Handbook of Instructions so he could recreate it on a visit). But they did have great faith. Elder Monson was touched and made this prophecy: “If you will remain true and faithful to the commandments of God, every blessing any member of the church enjoys in any other country will be yours.”

President Monson worked tirelessly to help fulfill that prophecy. Over two decades, he served the German saints he had come to love dearly. He helped create the first stake in Germany in August 1982. A year later, he presided at the groundbreaking of the Freiberg Germany Temple, which was situated in East Germany and was the first temple built in a communist country. He gave all he had to the German saints — his time, his love and, as was reported, the very shirt off his back.

President Monson was a champion of the Boy Scouts of America. He served on the National Executive Board of BSA for more than 45 years starting in 1969, a longer term than anyone else to serve on the board. He received the Silver Beaver Award in 1971, the Silver Buffalo Award in 1978 and the Bronze Wolf — international Scouting’s highest award — in 1993. In 2011, Scouts Canada awarded President Monson the Silver Fox Award. 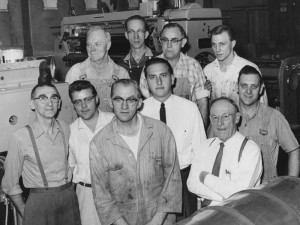 Thomas S. Monson with employees at the Deseret News Press in 1950, 13 years prior to his call to the Twelve. (Photo courtesy of thomassmonson.org)

Prior to his call as a general authority, President Monson enjoyed a successful career in the printing industry. He became an advertising executive at the Deseret News after graduating from the University of Utah in 1948 and later became general manager of the Deseret News Press. He was serving as president of the Printing Industry of Utah when he was called to the Quorum of the Twelve. Even after his call he kept ink in his blood, serving as chairman of the board for the Deseret News Publishing Co. as an apostle.

President Monson served in the United States Navy as a young man. He enlisted when he was 17 years old, but unlike the other 40 recruits who joined that day, he chose to join the Naval Reserve instead of the regular Navy. The reserve required a commitment to serve for the duration of the war and an additional six months afterward, while the regular navy offered a promise of discharge after four years. 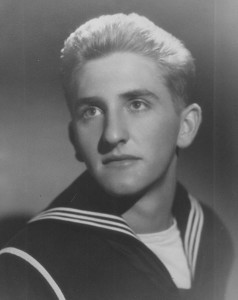 Thomas S. Monson at age 17 in 1945, just after he enlisted in the Navy. (Photo courtesy of thomassmonson.org)

After serious prayer and consideration, President Monson made his decision. An armistice in Europe came just a few weeks later and peace in the Pacific soon followed. He returned to Salt Lake City less than a year after enlisting in the Navy, enrolled at the University of Utah, and graduated in business management just one term behind those who never enlisted.

While studying at the University of Utah, he became acquainted with Frances Beverly Johnson. On their first date, Frances’ father learned that it was President Monson’s great-uncle who had taught his family the gospel. At this discovery, Frances’ parents were overjoyed and both kissed President Monson on the cheek. Frances didn’t follow suit — at least not yet. 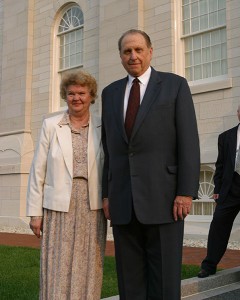 Thomas S. Monson stands with his wife, Frances, in front of the Nauvoo Illinois Temple in 2002. (Photo courtesy of thomassmonson.org)

The two were married in the Salt Lake Temple on Oct. 7, 1948. They had three children and today have (eight grandchildren and many great-grandchildren). With all the years President Monson spent in church service, Frances spent much of their marriage caring for their home and children alone.

“But never once has she complained,” President Monson once said. “Never once. Not in our entire married life has she done anything to keep me from any aspect of my service. I have never received anything but support and encouragement from Frances.”

After Sister Monson passed away on May 17, 2013, President Monson expressed his grief and sadness at her passing.

“She was a faithful daughter of our Heavenly Father, my beloved companion, and my dearest friend,” he said at the October 2013 General Relief Society Meeting. “I miss her more than words can express.”

BYU basketball steadily improving, ready to bounce back from loss Next post