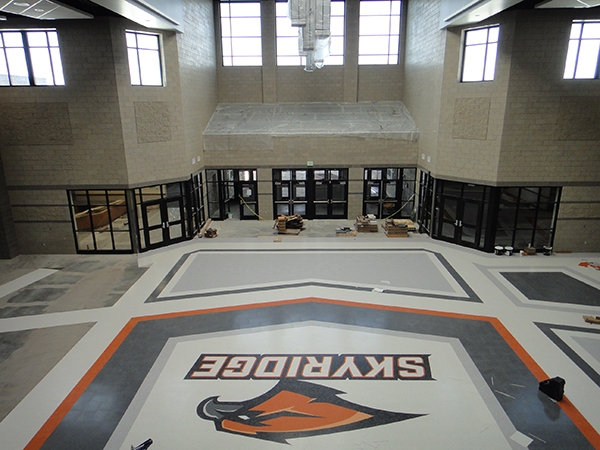 The Common Area at Skyridge High.

More than 40,502 high school students are being schooled in Utah County. Take a walk down these halls of fame featuring the 18 public high schools.

American Fork High School is one of the first high schools in the state to compete in the 6A division. Pioneer Pete, the mascot of Lehi High School, honors the pioneers who founded the city of Lehi in 1850. In 2017, the Lone Peak High School men’s swimming team won the state championship.

Payson High School’s mascot is a lion to reflect the school’s motto: A lion pride — together we conquer. The letter G on the mountain is to celebrate Pleasant Grove High School. Provo High School was founded in 1912 but it didn’t graduate its first set of students until 1921.

In 2008, Salem Hills High School was awarded the “2008 Best K-12 Education Project Design” by the Intermountain Contractors for the State of Utah. Landmark, Independence and East Shore Online High School are not named after cities in the county.

Spanish Fork High School is a 4A division school. The Red Devil mascot for Springville High School comes from the Red Devil Cement Company who helped build the school. Chelsie Hightower, a professional on Dancing with the Stars, graduated from Timpanogos High School.