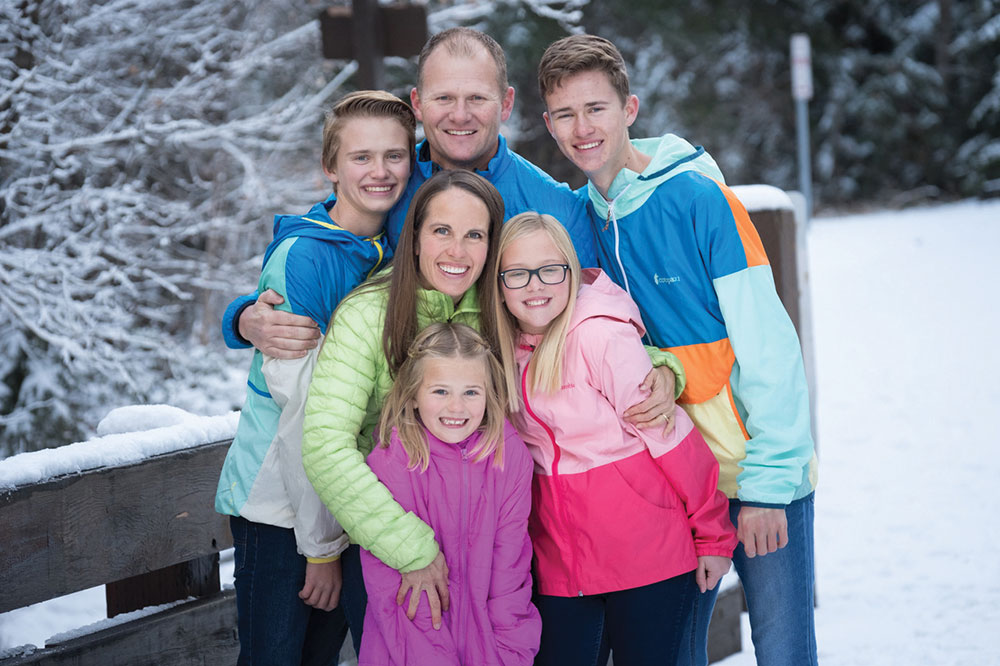 Scott and Courtney Rasband with their four kids.

Today’s family picture of Scott and Courtney Rasband includes owning the Spanish Fork Chick-fil-A and raising their children in Cedar Hills. Their picture-perfect life began 18 years ago when they married in the Salt Lake LDS Temple on May 14, 1999.

Courtney and Scott met in junior high where she thought he was “a snappy dresser with Girbaud Jeans.” They dated in high school ­— including Junior Prom — but they broke up their senior year to date around. After his LDS mission to Texas Houston East and hers to Russia Rostov-Na-Donu, they rekindled their junior high crush.

“I love that she is still the fun and outgoing person she was in junior high, but with added depth,” Scott says. “She genuinely loves every person she meets. And I love that she loves me despite my male pattern baldness.” 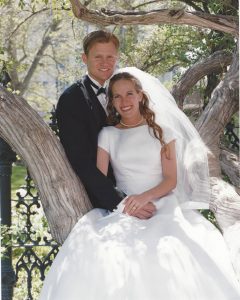 Scott and Courtney Rasband were married 18 years ago in the Salt Lake LDS Temple on May 14, 1999.

Two years ago, Scott gave up his high-travel career and made a significant life change by opening a restaurant, which has allowed him to prioritize family time. The Rasbands enjoy skiing, hiking, camping and travel. They write down places they want to visit and things they want to learn — and then they work toward making those things happen.

A few years ago, the Rasbands won Utah Valley’s Amazing Race and a trip to Cancun.

“It lit a fire under us!” Courtney says. “We want to be on the real Amazing Race someday.”

What have you learned about relationships/marriage that you didn’t know 18 years ago?

He says “With shared struggles and trials, our love gets deeper. Our capacity to love gets bigger every year. Looking out for the best interest of your spouse goes a long way.”

I have learned that being quick to forgive is important. Remember that your spouse has good intentions. We also try to have a common goal or project that we are working on- it gives us something to work towards together.