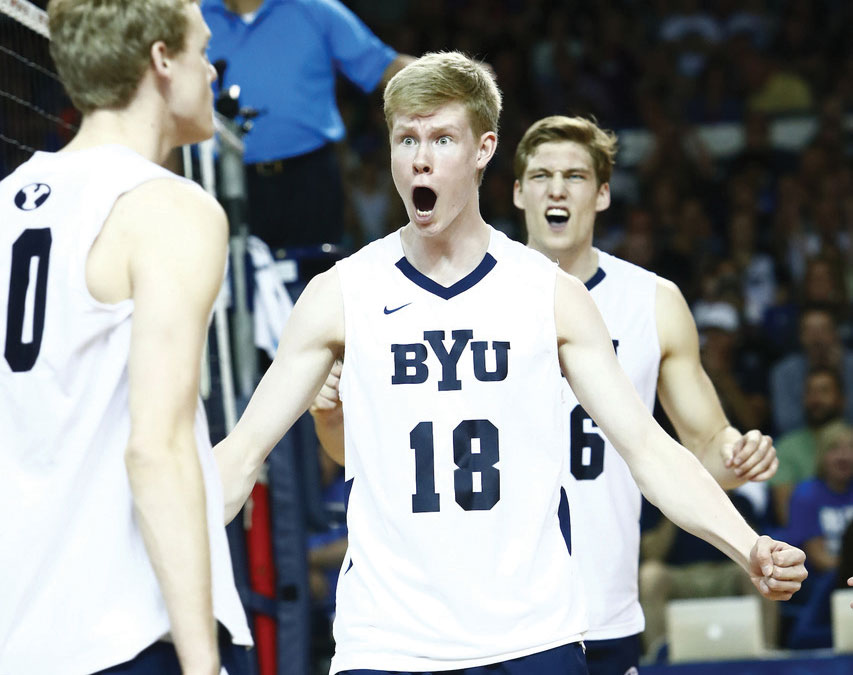 BYU’s middle blocker Miki Jauhiainen brought his athleticism to the states after a successful volleyball career in his homeland of Finland. During the 2017 BYU season, Miki had nine digs, 41 blocks, and 21 kills. The team opened the 2018 season on Jan. 5 at 7 p.m. in the Smith Fieldhouse against Loyola-Chicago.

While Miki values his volleyball career, he also believes his education is equally important.

“I wanted a good education and to play volleyball,” Miki said. “The education system is good in America.”

Miki is studying computer science at BYU. Between volleyball and studying, Miki is usually hanging out with friends, listening to music or watching Netflix.

Good to the core: Take a soul on a health journey with a stop at CoreLife Eatery Previous post

Everybody has a story: Orem nurse and mother-of-5 finds joy in mentoring young nursing students Next post